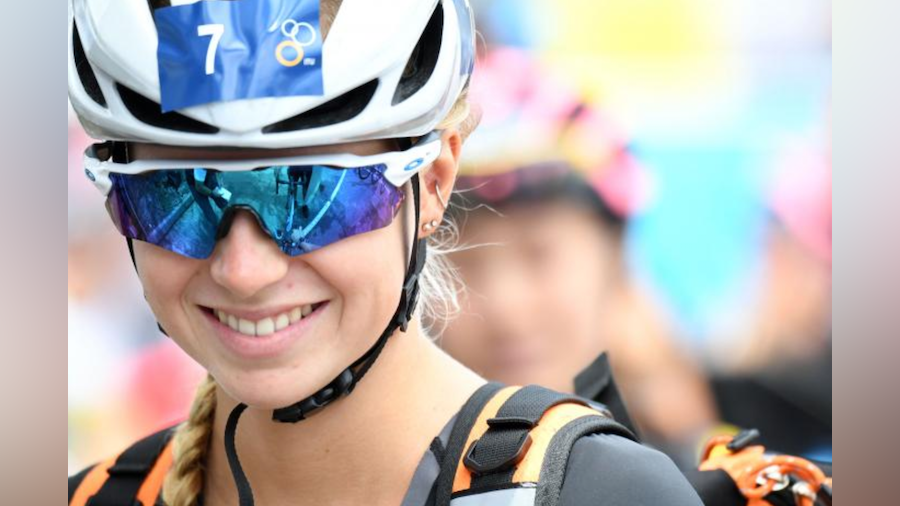 Throughout the 2019 season, Nicole Van Der Kaay has been an integral part of the rise and rise of New Zealand triathlon, delivering some strong individual performances that have carried over to a Mixed Relay team that won its first ever Series gold at WTS Edmonton in July.

Injury might have seen her attentions turn to the less obvious worlds of flying aeroplanes and baking bread to help ease the frustrations, but there can be no doubt that Van Der Kaay’s attentions are firmly set on making that start line for Tokyo 2020.

—
What has been the high point of your season?
I love the travelling (excluding airports) and racing that comes with triathlon, but one of two high points would have to be WTS Hamburg. After a slow start to 2019, I backed and believed in myself, finding my running legs and coming home in 11th! My second highlight would be sharing the top step of the podium with my New Zealand teammates in the WTS Edmonton Mixed Relay.

And the low-point?
My season started very slow, with results not reflecting what I had been putting out in training and what I had accomplished in the previous year. It was very frustrating but I learned a lot about myself and triathlon through experiencing this.

Can you remember your specific pre-season targets and did you hit them?
It changed a lot after the first half of the season, but it was always based around firing the second half of the year, which was achieved.

If you could change one moment from the 2019 season what would it be and why?
Letting my heart and emotions get in the way of focusing on the task at hand and letting others influence decisions made. It turned out to be a positive, though, as I learned how to perform in not-ideal situations.

Which athlete has impressed you most this year?
Katie Zaferes, she’s led the whole season. It’s one thing to be the best in the world, but to remain on top of the leader board is very impressive! Her mental and physical strength is admirable.

What has been the song you have played most on your travels this season?
I switch what I listen to a lot depending on the mood & training intentions but lately, I’ve loved listening to our NZL band Six60- especially ‘The Greatest’.

What was your go-to TV show or film when you were on the road?
I usually never re-watch films for a couple of years but I smashed the series Brooklyn 99. It’s got some excellent dry humour in there. Cool, cool, cool, cool.

Where was your favourite race venue in 2019?
This year would have had to be Ottawa, It wasn’t a part of the WTS series but I loved seeing another part of Canada, the people were nice, the river was pretty and I was well looked after!

What was the biggest thing to happen to you in 2019 outside of triathlon?
Unfortunately, I picked up an injury towards the end of the season, so had a bit of extra time on my hands. I learned a few things while I was out! I fell in love with photography (film & manual), made my own sourdough (and baby starter) and was lucky enough to be in the co-pilot seat in a small aircraft!

What personal goals are you setting yourself for 2020?
Having a well-balanced year and life, taking my new learnings into practice and sharing as many smiles as I can. Oh also to qualify and compete in the big one ;) #2020vision