Podcast #50 Alex Yee: The boy from Brockley who hit the heights in Tokyo 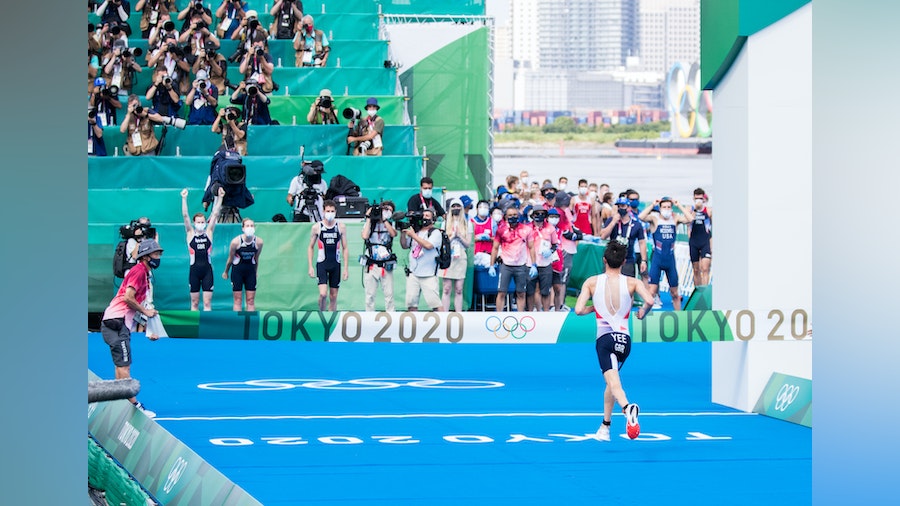 From a career-threatening bike crash to a Series-debut podium, working the lockdown training hustle with girlfriend and fellow GB triathlete Olivia Mathias to sharing a pool with Olympic Breaststroke Champion Adam Peaty, scoring Olympic gold and silver and living it up in a Malibu mansion, the past few years have been quite the rollercoaster for Alex Yee.

On episode 50 of the World Triathlon podcast, the 23-year-old looks back through what is already a remarkable career, reveals the greatest pressure point of his life, and what it is like to be barked at by Kristian Blummenfelt. Listen to the full episode on Apple, Google and Spotify.

—
“I got to go back to my infant school this morning,” says Alex Yee, back to earth in South London with a Brockley bump after a whirlwind few months of racing. “They’d done a little display and just to see the kind of glimmer in the kids’ eyes was really cool. And yeah, hopefully I can have a bit of an impact. Maybe there’ll be a bit more quiet for their teacher today or something.”

Yee ran the ‘daily mile’ with the school kids, one of the get-fit initiatives hoping to get youngsters off the sofa and following in the footsteps of their sporting idols. The weekend before, he had been at the finish of the London Marathon to congratulate the masses as they crossed the line.

It is all a long way from the intensity of the Olympic build up, the battle for the world title with Blummenfelt and the month-long Super League tour, but Yee wouldn’t have it any other way. For now.

From the moment Yee took that finish tape at WTCS Leeds the path to Tokyo looked set, the next stage of hard work was immediately underway, but one thing people kept telling Yee was to enjoy his first Games, and to remember it. It is something he clearly took to heart.

“I can look back to 56 minutes and 33 seconds and probably be like, in that freeze-frame moment I can tell you what was going on in my head. And I don’t have many races like that, but for the Olympics, I could tell you exactly through the bike, through the swim, through the whole of the relay as well, all my experiences - and probably close my eyes and cycle that bike course! I must have run through it a million times in my head – it wasn’t an obsession, it was a passion.”

That alertness has helped with everything from being more aware of those around him and where he needs to be in the water, to taking the big pulls on the bike. It was also part and parcel of a race of that importance.

“The course was extremely technical and people are nervous. It’s an Olympic Games. There’s a lot on the line. It’s a really high-pressure environment so, for me, I just had to focus on what I was doing at that time and focus on that next 30 seconds. I just tried to get too far ahead of myself. Just kind of focus on the here and now and say present.”

You can listen to the whole podcast below.