Before the extreme heat of the day hit Huatulco, Brazil’s Pamela Oliveira showed her strengths when she recorded her first ever World Cup win, leading from line to line on Sunday.

Austria’s Lisa Perterer put the hammer down on the run, closing in significantly on Oliveira, but it wasn’t quite enough as she took second for her highest World Cup finish ever. Ukraine’s Yuliya Yelistratova posted an impressive final bike lap to bridge up, which put her in prime running position to earn her first World Cup finish since 2010.

Oliveira is no stranger to the course – she finished second on this course in 2012, which was just the advantage she needed to take control of the race.

From the start, the Brazilian Olympian distanced herself from the field, exiting the water first from the 1,500-meter swim with Gaia Peron (ITA) and Anne Tabarant (FRA) not far behind.

After lap one of the bike, Oliveira had a nearly 30-second lead on the first chase pack, which included Tabarant, Mexico’s Maria Eugenia Barrera, Canada’s Joanna Brown and Austrian Lisa Perterer. Claudia Rivas (MEX), who took bronze in this race last year, was riding solo at the start of the bike but quickly joined the lead chase pack by the end of lap two.

The gap continued to grow through the eight laps of the bike, despite the rising temperatures and the major hill facing athletes on each lap. By the final lap, Oliveira had stacked up more than two minutes between her and the five women in pursuit. The second chase group, comprised of Yelistratova and Mateja Simic (SLO), made a last minute push to join the hunt for podium finishes by bridging up to the five-woman chase group.

Even with a solid lead on the rest of the field, Oliveira worked to maintain her lead throughout four laps over a hungry chase pack. Perterer quickly slid into second position, followed closely by Yelistratova, chiseling away at the distance to Oliveira. With one lap to go, the pair had gained a full minute back against Oliveira.

But it wasn’t enough to overtake Oliveira, as she cruised home to victory to claim her line-to-line win after a fully solo race in two hours, 16 minutes, 10 seconds. In an impressive run, Perterer held off Yelistratova for second 38 seconds later. Yelistratova crossed over just slightly more than 10 seconds after Perterer for bronze. 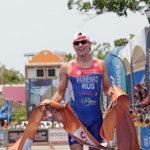 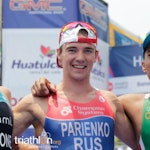 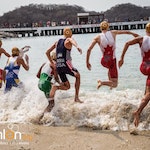 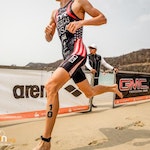 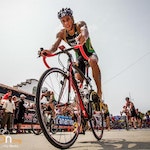 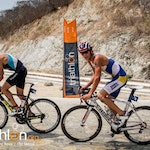