by Lisa Pringle on 31 Aug, 2014 09:10 • Español
Great Britain's Alistair Brownlee returned to the top of the podium today with an emphatic win at the ITU World Championship Grand Final. Brownlee was in a league of his own to secure his...

Great Britain’s Alistair Brownlee returned to the top of the podium today with an emphatic win at the ITU World Championship Grand Final. Brownlee was in a league of his own to secure his second WTS win of the season. Mario Mola (ESP) out sprinted his compatriot Javier Gomez (ESP) to grab silver. A third place for Gomez today was good enough to earn him a fourth World Championship title matching only the great Simon Lessing.

Gomez, still suffering the effects of a stomach virus, played out a smart race to ensure that he earned the fourth world championship title.

“It’s just amazing I remember my first international race in 2002. He (Simon Lessing) won the race and I got sixth. After 12 years now – four time World Champion. I can’t believe it,” said Gomez.

“I knew I had to be with Jonny all the time. When Alistair broke away it was not my role. I just stayed there and saved energy for the run and tried to secure the world title,” said Gomez.

It was tactical race that eventually saw Alistair with an explosive breakaway in the final stages of the bike with Reinaldo Colucci (BRA), Kristian Blummenfelt (NOR. The gap turned into a one minute and 18 second lead, more than enough for him to easily win.

“To be honest on that break away I got really really lucky, I jumped at the right time when those two packs came together. The two strongest guys in the race came across to me,” said Brownlee.

“It was fantastic today on the early part of the bike I was basically trying to gap Johnny from Gomez doing all I could from that. I realized that wasn’t going to work.The course looks quite hard on paper but nowhere as hard as it was looks, it was fast and hard for a few guys,” said Brownlee.

“We worked really well together on the run. Going on to the last lap I pushed as hard as I could. I got to drop Jonny, and Mario could keep up and (he) kept going. I’m really happy for him, he got second in the Series. A Spain 1-2 is really, really good,” add Gomez.

It was no surprise to see Richard Varga (SVK) immediately go straight to the front of the swim setting a brutal pace and stringing out the field. Henri Schoeman (RSA) and Alistair Brownlee, who had lost both cap and goggles, were not far behind at the end of the first lap and the trio led into transition.

First lap of the bike a group of six got away but eventually were caught by the chasers and a 21 strong pack formed with all the contenders in there.

The six lap bike was gruelling enough for the field but Brownlee exploded on the third lap. Colucci and Blummenfelt helped Brownlee establish a minute lead over the final 10km of the bike, putting himself in a winning position with the other two athletes not noted runners.

With Brownlee up the road, the minor medals and championship title would come down to the four that had cleared out from the chase group within the first kilometre of the run.

Johnny, Gomez and Mola, who had a poor swim today but made up with a solid bike to put him back into contention, all cleared out in the first kilometre of the run and stayed together for the first three laps. The younger Brownlee, not on his game today, was the first to fade and it came down to a sprint finish with Mola and Gomez, with Mola getting the better of his countryman today.

Alistair collapsed at the finish with the effort but was happy to be back in good form an add another WTS title to his name.

“It was good to have that gap, I was feeling awful. The last two laps of the run were the longest 5km I’ve ever run,” said Brownlee 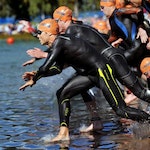 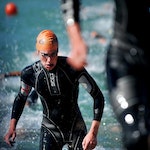 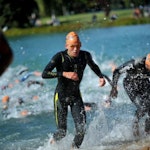 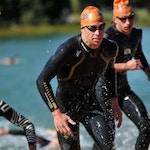 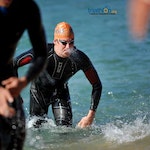 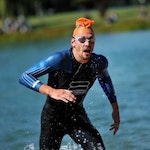 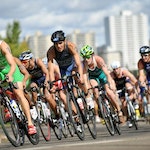 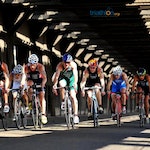 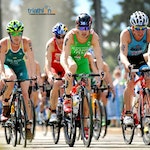 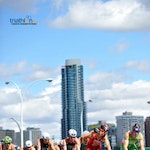 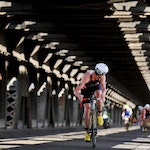 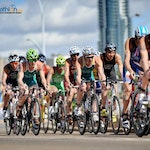 On the 25th September, we join the International Council for Coaching Excellence…
For the 2022 ICCE Global Coaches Day on 25 September, Rodrigo Milazzo and Tibor…
There may be plenty of racing left to come in this extended 2022 season, but we…
more news →