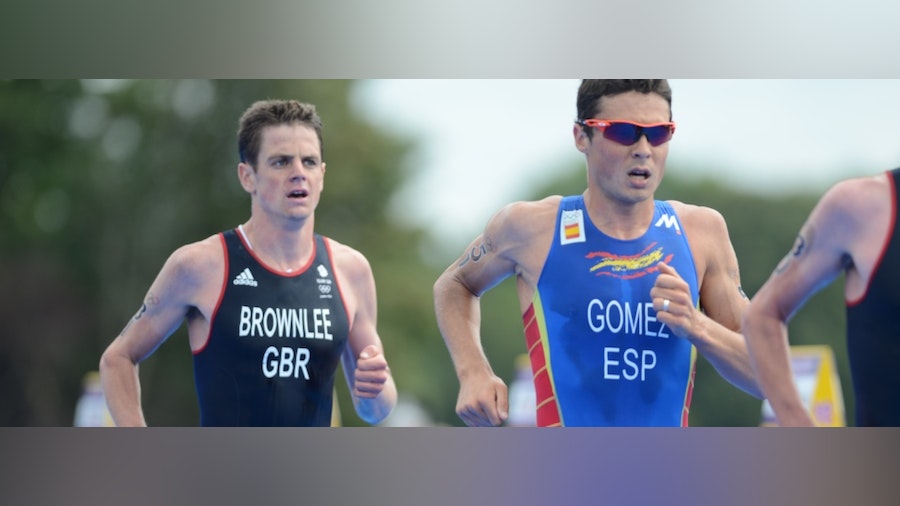 Much like the women’s race, the men’s world championship title will likely be a two-man show. It’s a tale that has played out in several different ways and with many different endings, but a favourite that keeps reinventing itself. The Auckland stage is set for the Brownlee vs Gomez mystery thriller - a showdown that never disappoints. This year there is a slight twist to the old story, with older brother Alistair not entered on the start list. With his absence, younger brother Jonathan Brownlee (GBR) has the chance to write a new ending, but that’s only if he can stop Javier Gomez (ESP) from solidifying a trifecta of world titles.

Brownlee has the upper hand heading into the Grand Final, with a 180-point lead over Gomez. He will just need to finish on the podium to add a world championship title to his resume. Gomez currently sits with 3645 points, followed by Alexander Bryukhankov (RUS) with 3285 points.

Brownlee has been on fire since opening his season with an incredible run to win in San Diego. He doubled his gold hardware in Madrid before finishing second in Kitzbuehel to his brother in the lead up to London. Despite a 15-second penalty, Jonathan still managed to score bronze in his Olympic debut. With world glory on his mind, the Brit continued on to Stockholm where he added another WTS title to his name. The win securely planted him at the head of the leader board with just enough leeway to sit out Yokohama.

Meanwhile, Gomez, who won the world championships in 2008 and 2010, has yet to win a WTS event in 2012. He has, however, been on the podium four times. Despite an ankle injury that derailed his training leading up to Yokohama, he scored silver, which was good enough to overtake Bryukhankov in the series rankings.

So far this year, Gomez has defeated Brownlee just once, but in the year’s biggest race at the Olympic Games. Brownlee, however, has out-raced Gomez in Kitzbuehel and Stockholm. If Gomez wants another world title, he will need to win in Auckland, as well as hope Brownlee finishes off the podium. Both men are well suited for the tough bike course, making it anybody’s race on game day.

Up until Bryukhankov was forced to miss the Yokohama race due to illness, he stood a fighting chance at taking his first world title. Like Gomez, Bryukhankov climbed the world rankings without a WTS win. While the Russian will be hard pressed for the title now, it isn’t completely out of reach. He’ll need to win the race and hope Gomez finishes below sixth place and Brownlee finishes below eighth.

Though the race for the championship title is largely between two men, winning the final Grand Final is anything but. The men’s field features an all-star triathlete cast, of which, any number of men could win. Last year in Beijing, Sven Riederer (SUI) proved just that with a surprise run, finishing second only to Alistair Brownlee. The course is well suited to strong bikers such as New Zealand’s own Kris Gemmell. The tough bike suited Gemmell so well that he dominated the World Cup last year for gold. Teammate Bevan Docherty is also someone to look for on the hilly course, as is Maik Petzold (GER), a powerful swim-biker who openly admits his affinity for hilly courses.

Petzold’s compatriot Steffen Justus (GER) started the year off in style with a win in Sydney. Midway through the season he repeated success with a bronze in Hamburg, cementing himself as one of the fastest runners on the circuit.

Likewise, spectacular runner Richard Murray (RSA) added three series medals to his name this year, all thanks to incredible velocity on the final discipline. France’s Laurent Vidal and David Hauss also proved they can run with the best in London. If any of these men make it off the bike with the leaders, they each pose a serious threat for the podium.

The men’s race will take place on Sunday 21 October 21 at 1:05pm. Follow the race live on triathlonlive.tv as well as on twitter @triathlonlive. You can also check out who will broadcast the race in your territory here.

As the races get closer and closer, we have a few more to set the stage for. Check back soon to read up on the junior men who will take off shortly after we crown the elite men’s world champion.