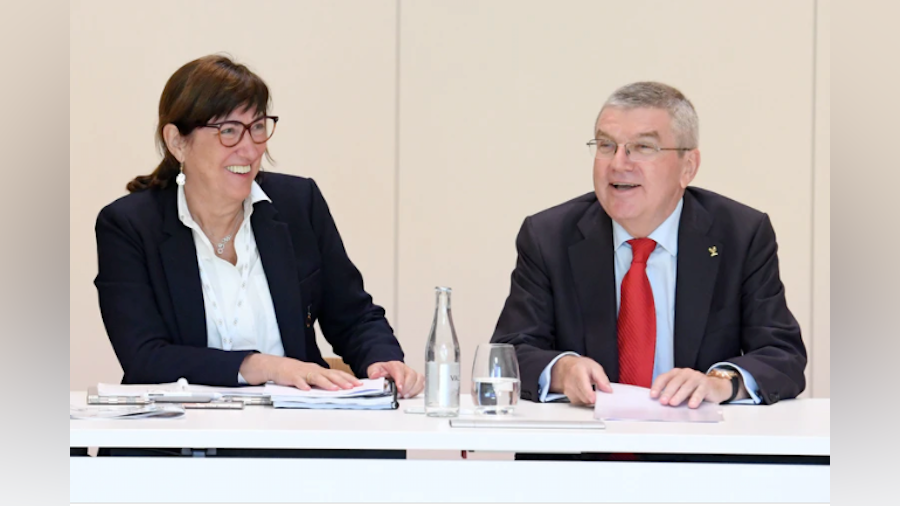 World Triathlon President and IOC member Marisol Casado has been named a new member of the Future Host Commissions for the Games of the Olympiad and the Olympic Winter Games of the International Olympic Committee (IOC). The Commission will be chaired by Kolinda Grabar-Kitarović, the President of the IOC just announced.

Mrs. Casado is also member of the Women in Sport Commission since 2014, Public Affairs and Social Development through Sport Commission since 2015, Coordination for the Games of XXXIII Olympiad Paris 2024, Coordination of the Games of the XXXIV Olympiad Los Angeles 2028 and the Olympic Solidarity Commission since 2017. She is also an IOC member since 2010, and chairs the Gender Equality Review Project Working Group. She is one of the only three female Presidents of International Federations. In addition, she is a member of the ASOIF Council and Treasurer of the Global Association of International Sports Federations (GAISF).

An IOC member since 2020, Mrs Grabar-Kitarović is a former President of the Republic of Croatia.  She will lead the Commission with immediate effect. The previous Chair, Kristin Kloster Aasen, stood down following her election to the Executive Board of the IOC, because no EB member can serve on the Future Host Commissions, to ensure the broader participation of the IOC Session in the selection procedure.

The new approach to electing Olympic hosts is more flexible and collaborative, with the IOC working with potential hosts to optimise their Olympic projects and align them with long-term social and economic development plans for the benefit of their communities. As a result, there is unprecedented interest from numerous parties on different continents in hosting future Olympic and Paralympic Games.

IOC President Thomas Bach said: “The Future Host Commissions have an important role in shaping the future of the Olympic Movement. Kolinda Grabar-Kitarović will bring rich and diverse skills and experience, including at the very highest levels of government and international relations. As a member of the same Commission, she has already contributed to the successful delivery of the first election under the new approach to choosing Olympic and Paralympic hosts, with the selection of Brisbane 2032,” he added.

Mrs. Casado said: “I am truly honored to be named to this Commission, and to see us women taking more and more active roles within the IOC. Advancing women in leadership roles in sport is truly a team effort, and I want to thank every single one that has allowed this to happen, from President Bach to all the incredible women that are now serving in multiple Commissions and the Executive Board of the IOC. It is now our turn to lead with the example, to be the role models of the future generations and to make sure that we work all together to ensure that the future Olympic Hosts continue delivering excellent Games”.