Alanya in Turkey hosted the penultimate round of the ITU Triathlon Premium European Cup season with victories for Russia’s Yulian Malyshev and Rachel Klamer from the Netherlands.

The men’s race quickly developed with a large forty strong front pack before a two man breakaway towards the end of the bike gave Dmitry Nosarev and Andrey Lyatsky enter second transition with a small advantage. Alexander Brukhankov looked to have the better of his compatriot, however Malyshev left it late to catch and surge past a few hundred metres from the finish line to take the win. Ivan Tutukin made it a cleansweep for the Russians with third place.

With France’s Jess Harrison and Denmark’s Helle Frederiksen heading the field for the much of the race they were expected to fight it out for the win, however a strong final push by the young Dutch athlete, Rachel Klamer, who took the bronze medal at the ITU Junior Triathlon World Championships on Australia’s Gold Coast took her into a commanding lead. The future looks bright for Klamer who put the best part of thirty seconds into the much more experienced Harrison and Frederiksen in the final part of the run, and she will be one to watch in 2010 as she develops over the standard distance.

The final event of the European triathlon season will be in Eilat, Israel on 21 of November. 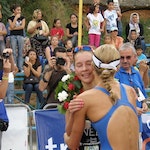 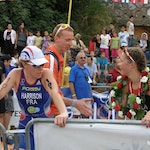 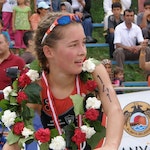 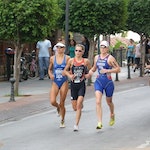 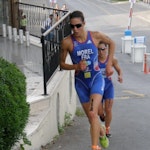 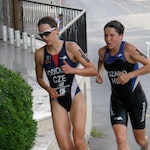 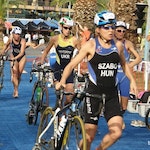 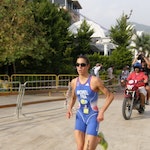 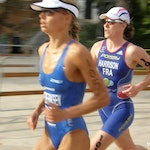 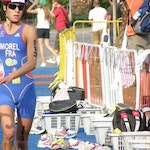 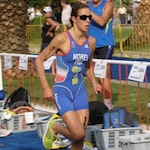 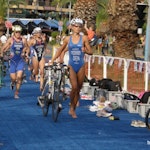