Young triathletes of Kitzbühel had the chance to meet Paula Findlay and Stuart Hayes today as the two winners from last year’s race took time out of their race preparation to offer advice to the keen young athletes. They ran through the transition stage at the side of the swim venue at picturesque Schwarzsee Lake, before the children took the opportunity to ask the champions about their secrets to success.

“They’re really good at their transitions. They’ve all done triathlons before so they seem very experienced,” said Findlay, who enters this weekend’s race number one in the world.  “They were asking me questions like, what do I eat before (a race), what my favourite race of the circuit is. They were curious and it was great to help them.”

Findlay, who only began competing in triathlon six years ago at the age of 16, was impressed with the programme for the young triathletes in Kitzbühel.

“Getting an opportunity to start so young is awesome for them and they’ll develop their skills at this age, so they can be even better when they are older,” said Findlay. Hayes won his first major title in Kitzbühel and admits his affection for the place and the mountain air.

“It’s been amazing,” he said.  “I remember when I was just a bit older than them, I used to look up to the elite guys and it meant a lot to me when they used to come down and talk to us as kids, so it’s great to see that they’re involved in triathlon at such a young age and I’m sure we’re got a future champion in here somewhere.”

The Kitzbühel kids triathlon begins on 08:00 (local time) on Saturday 18 June.  Hayes and the other elite men start at 14:30 later in the day.  The elite women will go on Sunday at 12:30.  Be sure to follow all the action at triathlonlive.tv. 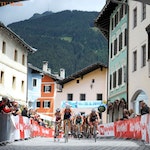 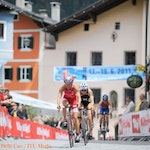 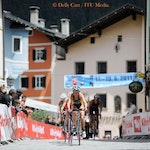 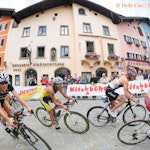 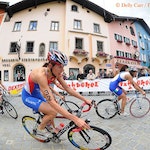 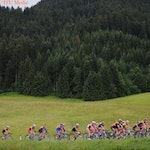 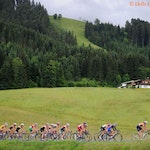 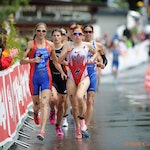 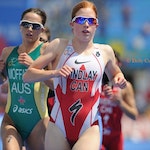 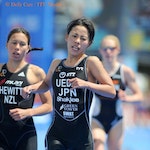 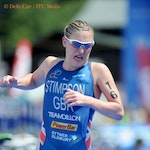 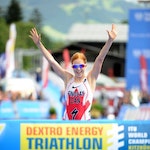