Brad Kahlefeldt was victorious on his home turf today, earning the first World Cup title of the 2010 season in Mooloolaba. Kahlefeldt finished just ten seconds ahead of Great Britain’s Stuart Hayes, who put on a late charge to finish second. Aussie youngster James Seear finished in third, 16 seconds back of Hayes, after leading for the majority of the race.

High surf throughout the week leading up to the race gave way to calm Ocean conditions on race day, which made for a quick swim. Leading the way out of the water was New Zealand’s Dylan McNeice, with a big group of approximately 20 athletes right on his heels. McNeice exited the swim in 18:18, with Josh Amberger and Seear just a few seconds behind.

Onto the bike, Seear and Amberger, who train together, immediately charged to the front and worked together to build their advantage on each of the seven laps. The Netherland’s Jan Van Berkel gave chase, but no one was able to make up ground on the two Aussies at the front.

After five of seven laps on the bike, Seear and Amberger had a 56-second gap on the chase pack, which was led by American Ethan Brown. The pack of 22 men seemed content to let the two young Aussies pull away, losing about 20 seconds on each of the remaining laps. Coming into the final lap Amberger and Seear had a gap of 1:38 on the chasers.

The pair of Aussies flew through T2, with Van Berkel still in between them and the chasers. The group, which included Kahlefeldt and defending race winner Courtney Atkinson, was lead out of transition by Spaniard Ivan Rana.

“I was hurting at that point, but I knew it was time to go, so Stu and I put on another push and finally caught James.”
Brad Kahlefeldt

After the second of five laps on the run, the chase group of 20 had turned into a chase pack of just four. Atkinson, Kahlefeldt, Hayes and Aussie Dan Wilson led the charge to catch Seear, but still had 90 seconds to make up with only six kilometres left to run.

With one lap to go, Hayes and Kahlefeldt were only 10 seconds back of Seear and put on one final surge to catch the youngster.

“I was hurting at that point,” said Kahlefeldt, “but I knew it was time to go, so Stu and I put on another push and finally caught James.”

Kahlefeldt finally took the lead from his countryman as the pair made the final turn toward the finish. The pass was assertive and left no doubt that Kahlefeldt was the strongest runner on the day. Kahlefeldt stopped the clock in 1:51:31, finishing with a day’s best 31:36 run.

“The crowd here in Mooloolaba was amazing today,” Kahlefeldt said afterward. “It was great to have a little support out there, especially on that final lap.”

Behind Hayes and Seear, another Aussie, Dan Wilson, finished in fourth, giving the home country three of the top four places. The Ukraine’s Danylo Sapunov rounded out the top five, finishing 20 seconds back of Wilson. 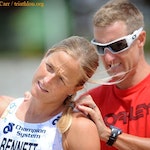 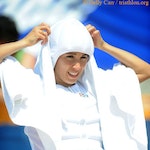 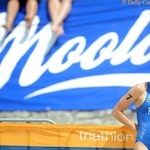 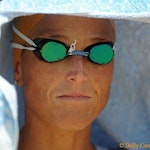 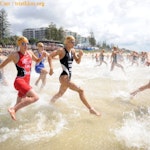 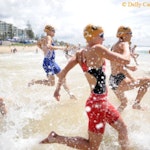 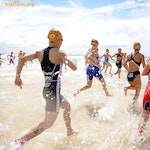 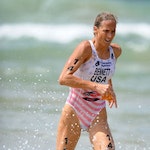 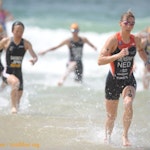 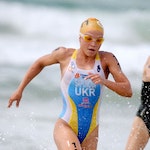 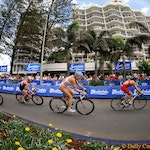 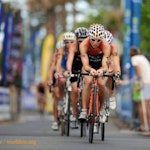