by Olalla Cernuda on 06 Aug, 2017 08:01 • Español
An impressive run gave Spaniard Javier Gomez Noya his 14th victory in the World Triathlon Series after claiming the title of the 2017 ITU World Triathlon Montreal. The Spaniard, five times world champion, showed that the Olympic distance is the perfect course for him as he sailed to the finish line to claim his second WTS win of the season. Accompanying Gomez on the podium was Kristian Blummenfelt (NOR) and Richard Murray (RSA).

An impressive run gave Spaniard Javier Gomez Noya his 14th victory in the World Triathlon Series after claiming the title of the 2017 ITU World Triathlon Montreal. The Spaniard, five times world champion, showed that the Olympic distance is the perfect course for him as he sailed to the finish line to claim his second WTS win of the season. Accompanying Gomez on the podium was Kristian Blummenfelt (NOR) and Richard Murray (RSA).

Gomez said of his win, “Yeah after so many sprint races it was good to have a proper race. It was hard from the beginning, hard on the bike, hard on the run. I recovered well from last week, because I felt a bit sick from Edmonton, but it was a good race today. I am really pleased.”

Also with the win, Gomez became the first-ever WTS Montreal Champion after the debut event premiered this weekend.

The race started with 53 athletes diving in the pontoon of the Jacques-Cartier Basin, in the Old Port of Montreal, with a beautiful day, perfect for a non wetsuit swim. The best swimmer of the circuit, Richard Varga (SVK) took the lead from the very beginning, as he has done already in 31 WTS races in his career. But this time, following close behind were some other really strong swimmers, including Jonathan Brownlee (GBR), Ben Kanute (USA) and Aaron Royle (AUS). All of them finished the swim in a quite impressive 16.51. However, the two-lap swim caused a lot of the field to spread out, which surprisely put some of the strongest men on the field, such as Mario Mola (ESP) and Murray to lag in the back, they exited the waters 52 seconds behind.

The advantage was enough for the leading small pack to start the bike course with confidence. The four athletes were joined in the first lap by Gomez, Blummenfelt and Seth Rider (USA). Rider, showcasing one of the most impressive performances of the day: on his first ever WTS race, and with only 20 years of age, Rider managed to keep up with the pace of the leading pack for the whole bike course. And it was indeed a really fast pace up the Montreal hills and passing trough the streets in the heart of the city, with the leading seven athletes taking turns to lead the charge and increasing the pack with the pursuers. After nine laps, the difference was of more than a minute.

But leading that chasing pack, Mola and Murray kept pushing, knowing that they have some of the fastest legs in the circuit. But knowing, also, that three of the leading men had under 30 minutes runs in 10K WTS races: Gomez Noya, Brownlee and Blummenfelt.

With the seven going through transition together, on the first meters of the run Gomez made clear that he is the man to beat when it comes to Olympic distance races. And that he is going to fight for the Series title again this year. He took the lead after the first 500m, followed only by the ones able to keep up with his pace: Blummenfelt and Brownlee.

Behind them, Mola and Murray started a frantic rhythm to chase athletes to find themselves on 4th and 5th position with one lap to go, and Brownlee decreasing the path.

After the 10k, Gomez crossed the finish line with a clear 15 seconds lead over Blummenfelt. The Spaniard earned his 14th WTS victory of his career, all of them on Olympic distance, which puts himself in the second place of the Series, right behind Mola.

After the race, Blummenfelt said: “I knew that Jonny was motivated to get away. I had a good swim and mounted on the bike with Javier, and kept up with him. Today we worked really hard for one hour on the bike, and it paid off”.

“I didn’t feel quite right today, my body wasn’t responding on the bike, but I gave everything I had. Two podiums in WTS in just one week is amazing”, said Murray.

For Blummenfelt, Montreal was his best ever WTS finish, with a silver medal. And the push on the final meters was enough for Murray to grab the bronze medal, mimicking his performance in Edmonton, and enough points to break the Spanish dominance on the Series. Fernando Alarza drops now to the fourth place, while Blummenfelt climbs to the fifth. Jonny Brownlee crossed the finish line fourth, exactly the same place as last week in Edmonton. 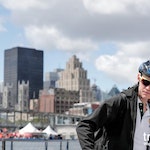 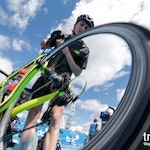 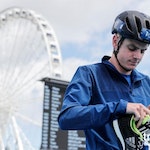 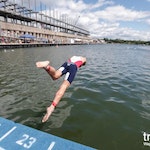 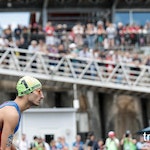 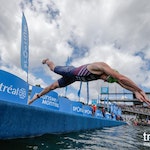 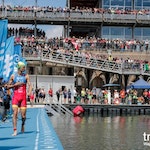 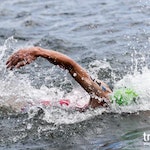 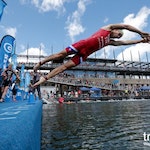 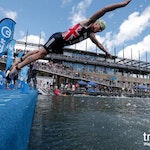 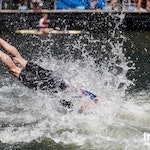 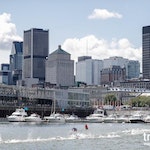