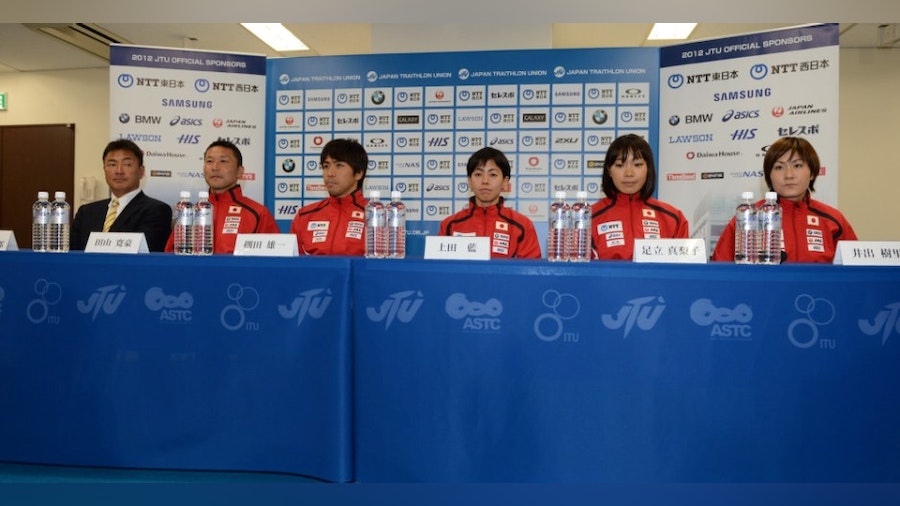 The Japan Triathlon Union (JTU) has announced that Juri Ide, Ai Ueda, Mariko Adachi, Yuichi Hosoda and Hirokatsu Tayama have been selected to represent Japan at the London 2012 Olympic Games.

Over the two year qualification period Japan earned the right to send two men and the maximum three women to London. After securing the positions, it was up to the JTU to select who would take each spot and become a part of the Japanese Olympic team. Among a strong contingent of Japanese female triathletes, Ueda initially earned the Olympic spot that she was then awarded for finishing 11th in the 2011 ITU World Championship Series London.  Adachi secured another spot for Japan by winning the 2012 Tateyama ASTC Triathlon Asian Championships, which now turns into a ticket for her very first Olympic Games.

Ide also met the high JTU qualification criteria and will have the chance to improve on her fifth place finish at the Beijing 2008 Olympics. Ueda also competed in Beijing finishing 17th.

In the men’s team Hosoda took gold at the 2012 Tateyama ASTC Triathlon Asian Championships, winning a spot for Japan while at the same time securing his position in the Olympic squad. Hosoda is reigning three-time Asian champion and will compete in his first Olympic Games this year.

Tayama will bring the most Olympic experience to the Japanese triathletes competing in his third Olympics with his highest result 13th in Athens 2004.

A podium finish in London would be Japan’s first ever Olympic medal in triathlon.