Henri Schoeman: working from home, taking nothing for granted 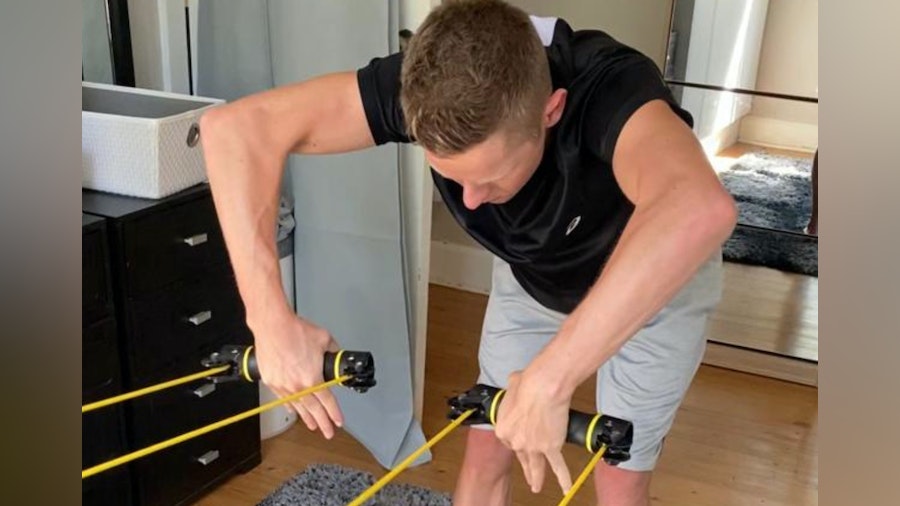 It has been a whirlwind seven months for Henri Schoeman. After finishing seventh in the 2019 World Series rankings, in September he fell seriously ill. Like most people, at the start of what became a month in hospital, South Africa’s first Olympic triathlon medalist Googled what his doctor was telling him was causing his illness and acute fatigue: a Middle Eastern Strain of Coronavirus known as MERS.

At that time, the virus was a little-known illness and searches turned up few results. Like everyone, he has now seen the COVID-19 strain lock-down much of the planet and Coronavirus in the headlines every day since March. After all the initial uncertainty, that brush with illness has given Schoeman even more reason than most to empathise with those both suffering from and dealing with it, and be grateful that he has been able to settle into a workable routine.

With water access limited to a tethered 45-minute ‘swim’ session in his yard pool every other day, the extended break from racing has given Schoeman an unprecedented window to focus on his running and building back up from treatment on an achilles tendinopathy issue in January. Following the postponement of Abu Dhabi and with lockdown in South Africa looming, a 5km track time trial in 14m16s in adverse conditions before being home-bound was a big indication that things were going in the right direction just as Coronavirus came back into his life.

“I was quite fortunate in that I heard Abu Dhabi was postponed the day before I was due to leave. I was maybe a week or two behind where I wanted to be but the plan and approach this year was to keep building up. Abu Dhabi was going to be a step to another level of fitness and then build and build to the Olympics. Obviously I really wanted a race to see how things were going, but we were thinking just as much about Bermuda and Yokohama.”

The excitement of the news that WTS Hamburg is back on the schedule for September was tempered by the reality of an unknown situation regarding any possible travel restrictions and the logistical upheaval. So, for now, Schoeman is finding happiness cooking with his new wife and working on his new home.

“We’ve been replicating some recipes from a show called The Kitchen on the Food Network and making pizzas or a burger on Sundays together. I’ve been working on the house a bit because suddenly I’ve got all the time in the world to do these things. I’ve actually become a bit of a braai (South African barbecue) master as well.” 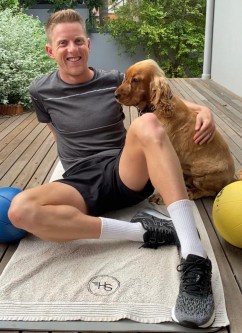 There was also the opportunity to relive a classic WTS moment with the Norwegian trio of Stornes, Iden and Blummenfelt as the four athletes watched back the first World Triathlon Bermuda ‘together’ on TriathlonLIVE.tv to kick off a new series of lockdown look-backs.

“The reLIVE was really fun, just to be able to banter with the other athletes, you get that competitiveness and insight and it’s also nice to engage with the fans of the sport and for them to know what we’re thinking, not just what the commentator thinks we’re thinking!”

There has also been time to formulate some plans for the future of triathlon in South Africa, and the possibility of piloting camps for Junior athletes to help bring them through the ITU ranks and bolster the country’s Mixed Relay podium potential for Paris 2024.

“The team was hoping to get an automatic spot from the Chengdu Qualifying event but now we’re just hoping to make use of that chance as soon as we can. It’s difficult to get the A-Team to every race, and one thing we have been brainstorming here is holding some camps to help close the gap between the Elites and the Junior and U23 athletes. Funding for them is difficult so we want to create the camps to educate and train them more about what it takes, and inspire some youngsters to get involved with ITU. If we can get some youngsters who have the speed on the swim and run and we build their technical bike skills, you can put together a really good team.”

You can watch back the 2018 WTS Bermuda with comments from Henri, Casper, Gus and Kristian here