Javier Gomez moved to second on the all time list of ITU World Cup triathlon wins with his 13th career victory.

Javier Gomez moved to second on the all time list of ITU World Cup triathlon wins with his 13th career victory on a stunning day in Mooloolaba on Australia’s Sunshine Coast on Saturday, running through and then away from the field with ease as the popular Spaniard laid down an early marker for 2013.

The Queensland coastal holiday hotspot turned on a stunning day to welcome in the first ITU World Cup of the 2013 season, with the water temperature a tropical 27 degrees and the air temperature nudging 30.

Gomez coped brilliantly in the conditions however, surprising given he has struggled throughout his career on such days. Matt Chrabot (USA) and Peter Kerr (AUS) battled stride for stride for the minor placings, with the American finishing two seconds ahead of the Oceania Champion, who picked up his first ITU World Cup podium.

Gomez was delighted with his strong early season display; all the more so given he did not taper at all for his race today.

“This is a great way to start the year and a great way to win another world cup in Mooloolaba, I won here in 2008, it is a special race, challenging course and tough conditions out here today. I managed to go well and even though I made some mistakes in the water, I had a pretty good race and I am happy,” he said.

“You never know about the rest of the year, this is just the first race, it doesn’t mean anything other than a good way to start the year. It is only the beginning though and there are big races coming up, I need to get better and keep training because the next races are probably going to be harder.

“The World Championship is my goal but I just want to give my best and race well every time. The next goal is Auckland and the World Series race, this is the first big one of the year, I am looking forward to it.”

It was far from a post to post win for Gomez however, with Richard Varga (SVK) and Benjamin Shaw (ITU) quickly away and emerging from the swim with a break on the rest of the field. The large chase group was led by Gomez who swam the second half of the 1500m course strongly after an uncharacteristically poor start. Gomez had chosen the opposite end of the start line to Varga and Shaw in what was perhaps a tactical error from the Spaniard.

The lead was 18 seconds at the end of the second of 7 laps on the bike course along the Sunshine Coast, turning each time in front of huge crowds on the Mooloolaba Esplanade. Varga and Shaw continued to work hard and extended to 30 seconds before the chase group reacted to the danger with young New Zealander Mike Phillips prominent on the front the two leaders were caught with three and a half laps to ride.

Then it was the turn of Stuart Hayes (GBR), an athlete renowned for his strong riding. The 34-year-old went solo and put 13 seconds on the field in quick time as he headed out with 3 laps to ride. The London Olympian was clearly well acclimatised as he is spending 4 months on the Gold Coast in preparation for the 2013 season.

While the field eventually caught Hayes, he wasn’t done, this time jumping on to the wheel of Phillips with the two making a break on the final lap, extending to a handy 45 seconds off the bike and on to the 10km 4 lap run in front of the thousands of spectators, with the young Kiwi picking up the final US$500 bike prime in the process.

The big hitters were not well positioned with Laurent Vidal (FRA) and Gomez in the middle of the chase group, leaving plenty of work to do. It was work they were well and truly up to though, as the Frenchman and the Spaniard chewed up all but Hayes in the first 2.5km and not longer after, the two great rivals hit the front and began what promised to be a thrilling early season battle. But Vidal faded, his heavy training workload taking a toll and Gomez was left to run alone.

Chrabot and Kerr meanwhile engaged in thrilling chase for the podium, dropping Bryan Keane (IRL) on the final lap before Chrabot made his move to secure silver with the popular Aussie coming home third to the cheers of the thousands watching.

Kerr was over the moon at a breakthrough performance in front of his home fans.

“That was just epic, I have run in Hamburg and the atmosphere is fantastic but he Australian crowd, when it is all for you it doesn’t compare, when everyone is yelling your name you don’t want to let them down,” Kerr said. “That is my first World Cup podium and Gomez is class, to run with him for a kilometre and a half was fantastic, maybe he knows who I am now for future races, I couldn’t be happier with today.”

While Chrabot was thrilled with his return to form after a 2012 year that was limited by poor health.

“I haven’t been on the podium since 2011, I got real sick last year, I just had some thyroid issues and I didn’t make the Olympic team,” he said. “But I started training under Darren Smith and down in Canberra…, so Australia has been my home for the past three months, and I just totally blew away my expectations.” 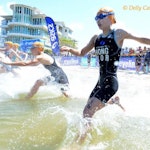 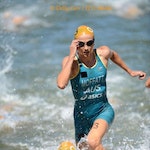 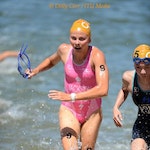 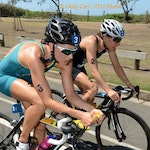 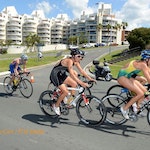 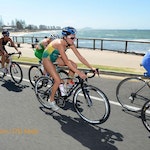 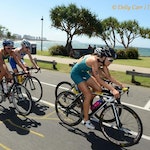 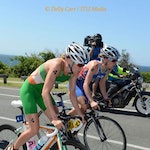 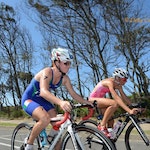 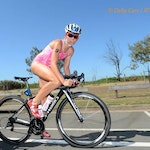 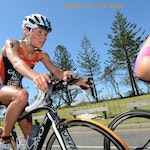 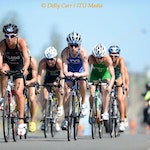