Highlights of the 2012 Grand Final Elite Men Race in Auckland

The race was set up as an all-star clash of triathlon titans and Javier Gomez (ESP) and Jonathan Brownlee (GBR) did not disappoint today in Auckland against tough, wet conditions.

With the 2012 ITU World Championship at stake, the Olympic medallists produced one of the most exciting finishes in ITU World Triathlon Series history.  With three lead changes in the final three hundred metres, Gomez charged to his first ITU Grand Final victory and finished the season as the overall World Championships silver medallist.

“This race was really tough, all the conditions, the course the wind the rain made it really hard for everyone but I felt good it was a good way to finish the season.” said Gomez.

Brownlee settled for second place after being out-sprinted by Gomez, but the podium finish was more than enough to secure his first elite World Championship, ensuring the title stays in the family after his brother Alistair won in 2011. He also joins Alistair and Gomez as they only men to win an under23 and elite world championship.

“It’s great to keep the title in the family, pretty special,” said Brownlee.  “It was a tough day. I thought when woke up this morning that the weather was bad and it was going to be a hard pure triathlon and that’s what it was.”

While the overall gold and silver were locked up, bronze was very much up for grabs and the battle came down to Sven Riederer (SUI) and Dmitry Polyanskiy (RUS). While Riederer took the final spot on the Grand Final podium, the Russian claimed World Championship bronze after his seventh place finish gave him just enough points to finish third in the series.

A dreary day welcomed the elite men but it wasn’t nearly enough to stop swim powerhouse Richard Varga (SVK) who blew the rest of the field out of the water. Brownlee was on his heels as the only one to keep up and the pair left T1 with a 37-second lead.

Out onto the hilly and rain-soaked 40km bike course, the chase group immediately began chipping away at the Varga-Brownlee lead.  With Gomez, and Kiwis Kris Gemmell and Bevan Docherty doing the bulk of the work, the group closed the gap to the leaders. Gemmell managed to bridge up solo and was soon joined by the rest of the group.

Gemmell, competing in what is likely his final ITU race, put on a good show for the Auckland faithful as he went off the front alone in the fifth lap.  He continued to hammer away up the hills and built a lead of almost a minute going into T2.  A huge cheer went up for him as he headed out onto the 10km run course on his own, ahead of his pursuers that included Gomez, Brownlee, Steffen Justus (GER), Polyanskiy, Docherty, Riederer, and Kyle Jones (CAN).

It didn’t take long for Brownlee and Gomez, along with Riederer, to pull even with Gemmell, who was overtaken by the end of the first lap.

After chasing down Gemmell early in the run, the race for the ITU World Triathlon Series Grand Final podium fell to three men: Gomez, Brownlee and Riederer. The Swiss fell off the pace on the third lap, leaving the two Olympic medallists to duel it out in a battle that will go down as one of the best of the year.

With a few hundred metres to go, Gomez made his move, before Brownlee responded at the end of the grandstand with the finish line in sight. With one final incredible surge, Gomez pulled level and then rocketed ahead for good to win by two seconds, in a time of 2 hours and 29 seconds.

“I had a feeling I had something left on the last lap,” said Gomez. “So I waited for my moment and maybe with 200 metres to go, I said ‘okay now we go with everything as fast as I can’, and it worked well.”

Brownlee admitted the work he had done early in the bike had taken its toll on him.

“I started the run and I was really tired and Javier pushed on after about 5km and I stayed with him,” said the newly crowned ITU World Champion. “I was tactically very bad in the end, I let him out and he came past me. Well done to him. It was a pure, triathlon course and he was great today.”

Riederer coasted home for the bronze, his second straight Grand Final podium and finished fourth overall in the series for the second consecutive year.

Justus came across in fourth place while German teammate Gregor Buchholz finished fifth, a career best for him in the ITU World Triathlon Series.

Jones also recorded a career best, finishing in sixth place and jumping to 15th in the overall rankings.

Ryan Sissons was the top Kiwi in 11th place, while double Olympic medallist Docherty finished 14th.  After a monster performance on the bike, Gemmell finished up in 20th place, one of four from New Zealand in the top 20.

Alexander Bryukhankov (RUS) entered the Grand Final ranked third but was forced to pull out of the race due to a mechanical issue on the bike.  As a result, he dropped to seventh in the overall series rankings. 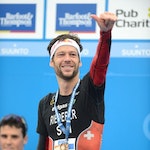 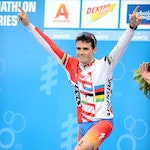 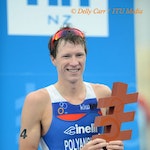 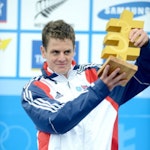 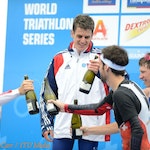 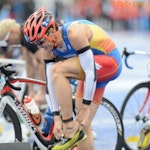 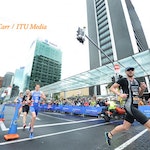 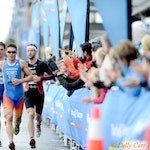 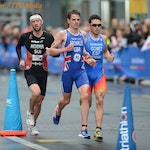 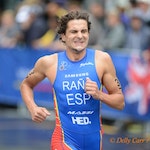 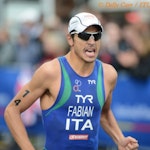 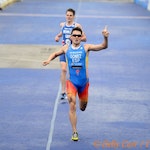