The 2009 ITU Duathlon World Championship title went to triathlon regular, Vendula Frintova of the Czech Republic who used her kick to nip Sandra Levenez of France by four seconds in an exciting finish. Ana Burgos of Spain was third.  Frintova finished in a time of 2 hours 18 minutes and 18 seconds.

Levenez produced the fastest opening 10-kilometre run of the day, as she and Samantha Warriner of New Zealand pressed the pace early one. A 40k bike in and out of the Lowe’s Motorspeedway didn’t provide much drama with one large group coming together and staying together; the athletes were just waiting for the final five kilometre run.

And it did come down to the run, with the top nine second run splits exactly matching the order of finish for the top nine athletes. Frintova’s 15:57 was the fastest though and gave the Czech athlete her first world title.

“I’m really, really happy. I’m a specialist for triathlon, but my season was up and down. This is my best result for the year,” said Frintova. “The race was really hard, especially the first run for me. I was suffering. I didn’t really expect to be the fastest at the end. The bike was quite calm, no one wanted to go hard, so we were just sitting back and waiting for the second run.”

Evgenia Sukhoruchenkova of Russian claimed the Under23 women’s championship, followed by Kinga Lauf of Hungary. 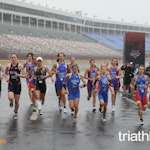 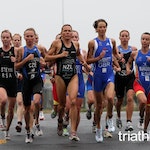 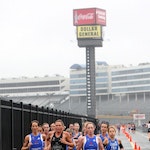 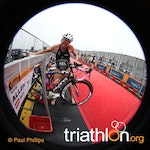 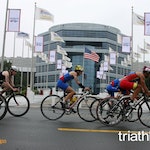 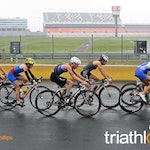 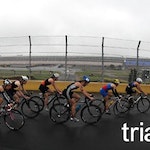 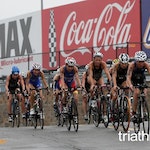 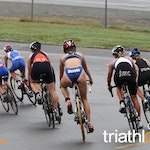 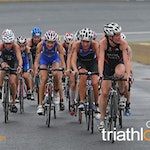 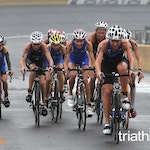 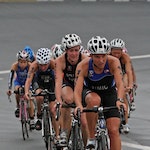