Densham on Top in Holten

Aussie Erin Densham continued her solid 2010 campaign with a win at Saturday’s Holten ITU Triathlon World Cup. It’s the fourth win of the year for the Aussie, who also won the Brasschaat World Cup in Belgium two weeks ago.

Few were surprised to see American Hayley Peirsol jump to the front during the 1,500-metre swim in Lake Domelaar. The American set out of the 40-kilometre bike course with a 45-second advantage on Densham, Czech Radka Vodickova and local favourite Lisa Mensink, who led the main chase pack. The group caught Peirsol only 8 kilometres into the ride, as a chase group of 18 women broke away from the rest to build a one-minute gap.

“My swim really set me up for the rest of the race and everything just seemed to go well from there. I really don’t mind racing in the heat – I enjoyed the conditions today – so I think that really played into my favour as well.
Erin Densham

The crowd had plenty to cheer for as Mensink and fellow Dutchwoman Neiske Becks led the front pack into T2, but it didn’t take long for Densham to surge and break away from the rest of the leaders. The Aussie continued to build her lead throughout the 10-kilometre run, finishing in 2:01:27.

Anna Maria Mazzetti of Italy had a strong run to finish second, with Vodickova of the Czech Republic rounding out the podium. Australia’s Felicity Sheedy-Ryan and Emma Jackson finished fourth and sixth, respectively, putting three Australian women in the top six. Maaike Caelers’s fifth-place finish was the best for the Dutch, as teammates Mensink and Becks eighth and ninth, respectively. 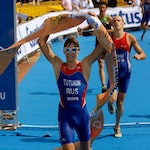 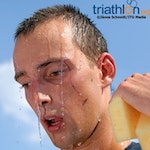 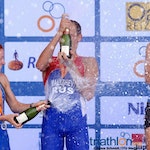 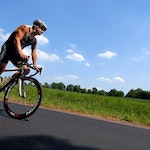 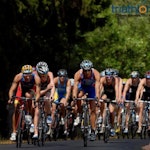 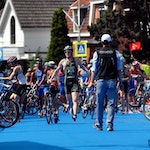 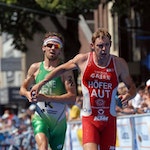 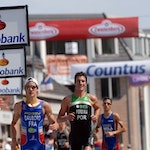 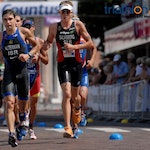 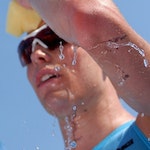 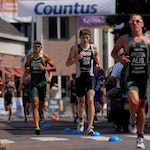 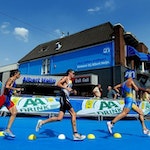