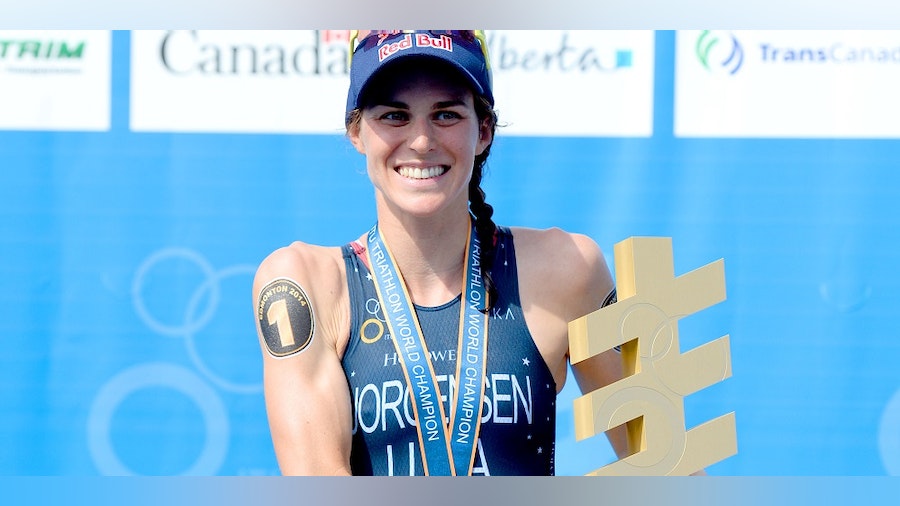 In this special edition we preview the 2015 ITU World Triathlon Grand Final Chicago, and also look back on some highlights of the season so far, brought to you by Columbia Threadneedle.

Women’s Preview
We have to start with Gwen Jorgensen. As the defending ITU World Champion, Gwen has already proven her quality – but in 2015 she has taken that to a new level. Six World Triathlon Series starts and six wins mean that she has now won her last eleven World Triathlon Series events. Winning the 2016 Olympic Test Event in Rio de Janeiro too, that’s twelve consecutive victories since her third place finish in Cape Town last year. Brought up in Saint Paul, Minnesota, the ITU World Triathlon Grand Final Chicago represents almost a ‘home’ race for Gwen to complete her 2015 season.

It’s no surprise to find that Gwen has set the fastest run split in every World Triathlon Series event she has raced in during 2015; the challenge for her opposition is that she is now performing exceptionally well in the swim and on the bike too. She also owns the three largest winning margins of the year – male or female – her Olympic distance victories in Auckland, Gold Coast and Yokohama all seeing her reach the finish line more than one minute clear of second place.

Those statistics might lead one to logically assume that Gwen would have a huge lead in the Columbia Threadneedle Rankings, but that doesn’t take into account that fellow U.S. athlete Katie Zaferes has herself had a brilliant season. With five second place finishes, could Zaferes still become World Champion herself? We’ll look at that prospect shortly.

While Zaferes holds second place overall in the rankings, she still has to crack the top step of a World Triathlon Series podium. That is something only another U.S. athlete, Sarah True (Stockholm), and Great Britain’s Vicky Holland (Cape Town and Edmonton), have managed this season. By contrast, the nine men’s events have seen six different race winners.

In order to assess how the results from the ITU World Triathlon Grand Final Chicago will impact the final Columbia Threadneedle Rankings and determine the 2015 ITU World Championship medallists, you can review different impacts using this podium simulator:

There are many more scenarios possible of course, that’s just a selection!

Other interesting facts:
• No female athlete has to date won the ITU Grand Final twice since the World Triathlon Series was introduced in 2009.
• The last ITU World Championship podium sweep by a National Federation was in 1999 (Australia).
• Only two women, Vendula Frintova and Miriam Casillas Garcia, have raced all nine World Triathlon Series events in 2015.

Men’s Preview
The legendary Javier Gomez leads the Columbia Threadneedle Rankings ahead of the 2015 Grand Final Chicago, and looks set to earn an ITU World Championship podium finish for the ninth consecutive season. As the current number one, he’s also on the verge of setting new records. Should he become World Champion once again, he would be both the first athlete – male or female – to win the title in three consecutive years and also the first athlete to win five career ITU World Championship titles. He currently stands tied on four with Simon Lessing (GBR).

Sixth in the season opener in Abu Dhabi, Javier has since earned seven consecutive podium finishes, winning in Yokohama and Stockholm along the way. The only race he missed was London.

Over the last two seasons Mario Mola has earned World Championship Bronze and Silver medals and he still has a chance to add Gold to that in 2015. The winner in Abu Dhabi, he added a further four podium finishes through the year meaning that the fast running Spanish athlete is in second place in the Columbia Threadneedle Rankings as Chicago approaches.

While Mola may be thinking of potential prospects of Gold, right on his heels is French athlete Vincent Luis. Vincent has really made his racing count in 2015, choosing to start only five times, but securing four podium finishes and a fourth place for superb consistency and quality of performance. Victory in Hamburg was his first World Triathlon Series career Gold.

Other interesting facts:
• Only two men, Javier Gomez (twice) and Alistair Brownlee (four times), have won an ITU World Triathlon Grand Final, and Alistair will be absent in Chicago.
• Mario Mola is the only man to have completed all nine World Triathlon Series races in 2015.
• The closest finish to a World Triathlon Series race in 2015 was in Yokohama (two seconds), when Javier Gomez won in a sprint finish against Alistair Brownlee.
• The largest margin of victory in 2015 was also from Javier Gomez, when winning in Stockholm by 45 seconds.
• Since the introduction of the ITU World Championship in 1989, both the Men’s and Women’s champion has never defended the title in the same year. Can Javier Gomez and Gwen Jorgensen – both leading the Columbia Threadneedle Rankings ahead of the Grand Final – end that statistic?

We now look forward to the culmination of the 2015 World Triathlon season, the ITU World Triathlon Grand Final Chicago, September 18th-19th, when we’ll get to see who will be crowned the 2015 ITU World Champions. Will Gwen Jorgensen and Javier Gomez be able to defend their titles, or will there be a change at the top in the final race of the year?