Chrabot comes from behind to take Huatulco title

Chrabot comes from behind to take Huatulco title

American Matt Chrabot overcame a bike crash and came from behind on the run to ascend back to the top of the Huatulco World Cup podium today.  It was his second career World Cup title and second in Huatulco, after taking gold in 2009.

In a spectacular comeback in the final two laps of the run, Chrabot reeled in South African Richard Murray to claim the title with a time of 2 hours and 37 seconds.  Murray hung on for silver while Portugal’s Bruno Pais returned to the podium with bronze, his first World Cup medal since 2006.

“Even before the race, the challenge was just staying cool so even after I finished swim warm-up I sat in the water as long as I could,” said Chrabot.

With the killer Huatulco hill back in the course, the bike leg was primed for some attacks by powerful riders like in the lead group.  There were attempts but none seemed to stick.

Chrabot was in a mini break and just as they were about to swallowed back in by the chase, he went down, unable to avoid a crash in front of him.

“I had to stop to fix my brake pads but I managed to get back in the game,” said Chrabot.

Behind the lead pack, the chase group was slowly chipping away at the lead.  Aussie youngster Ryan Bailie and reigning African champion Murray (RSA) tried to bridge up to the leaders but eventually were brought back into the chase group.

The persistence paid off though, as Murray, Bailie, Ruedi Wild (SUI) and Pais helped the chase group catch the lead pack with two laps to go on the bike.  But the big pack didn’t stay together long as it again broke up by the time they hit the bell lap.

At the end of the tough 40km bike in which they had to climb the big hill eight times, Austrian Franz Hofer was the first into T2 with Italy’s Alessandro Fabian about four seconds behind him.  Rana was in third place, two-time Huatulco runner-up Wild in 8th place, McMahon 9th and Chrabot back in 15th place.

Hofer’s lead was short-lived though as Murray went out hard and rocketed to the front on the first lap.  He took a 14-second lead over Ivan Rana.  As Rana faded back and by the midway point of the run, Murray was leading by 30 seconds and looked like he might become just the second African triathlete to win a World Cup title.  But Chrabot was bearing down on him and gunning for his second World Cup title.

In the third of four laps, the American had cut Murray’s lead in half.  And on the final lap, Chrabot reeled him in and ran away for his second victory in Huatulco and third straight trip to the podium.

Murray held on for silver, his first career World Cup podium.  His previous best was 8th place in Tiszaujvaros a few months ago.

“It was an amazing race. Today I felt great, I wasn’t sure I was going to be on after a long season.” said Murray.  “I think on the second lap, I was dying but I just put my head down and I hoped and I knew he was going to catch me but I hung on and I’m truly pleased with my performance.”

Meanwhile Pais overtook Rana for third and stayed in front to seal the bronze, finishing 28 seconds behind Chrabot.

“On the bike, the uphill was good for me but before the race I was scared of the hill because it’s 20 per cent (grade),” said Pais.  “It’s the end of the season so I’m a little tired but in the run I did my best and it was good for me.”

Australian Bailie made quite an impression in his World Cup debut, just missing the podium in fourth place.  Rana finished up in fifth place.  The top Mexican on the day was Arturo Garza in 15th place. 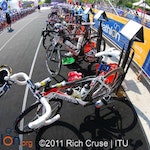 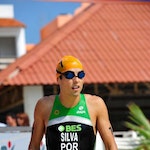 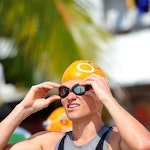 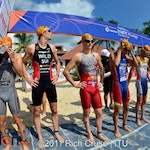 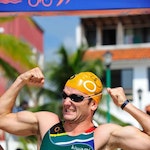 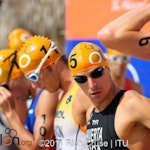 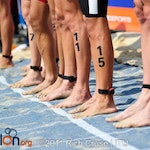 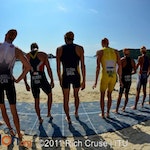 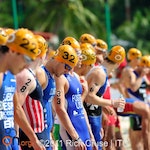 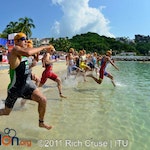 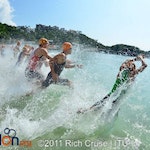 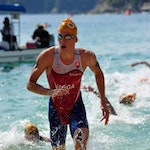