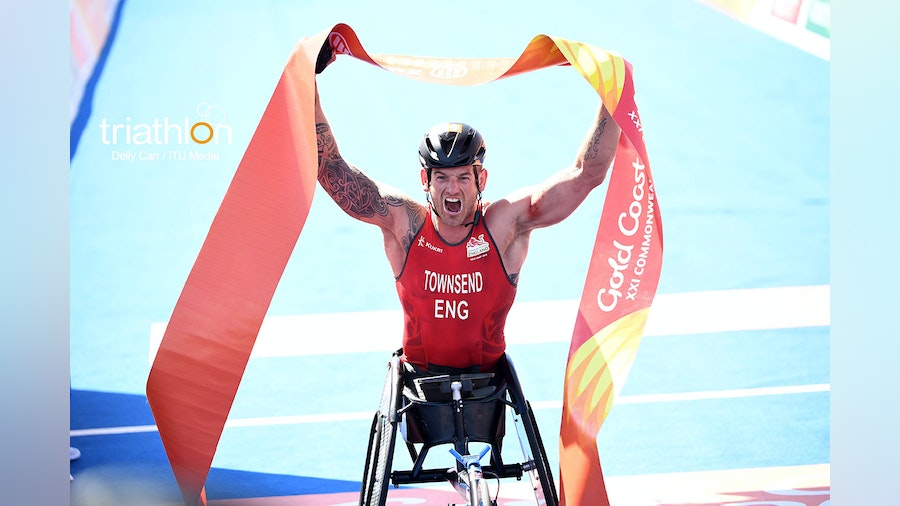 Great Britain’s most successful paratriathletes are relishing the prospect of racing at home, something they rarely have the opportunity to do at the highest level. The line-up features six of the seven medal winners from the ITU World Paratriathlon Series event in Yokohama, Japan just two weeks ago, and all four of the Team England Commonwealth Games athletes, including gold medal winners, Joe Townsend and Jade Jones-Hall.

From the US, Paralympic medallist Melissa Stockwell will be also toeing the start line in Eton Dorney, while France and Germany are also sending strong teams to compete in the UK, led by Yannick Bourseaux and Paralympic gold medallist Martin Schulz respectively.

Racing takes place in and around the regatta lake, which hosted the London 2012 Olympic rowing. The venue provides a flat and fast closed-circuit course and easy access for spectators to see all three paratriathlon disciplines.

Jones-Hall and Townsend will look to continue their good form having started with PTWC gold on the Gold Coast in the first ever Commonwealth Paratriathlon last month. Jones-Hall said: “The year had started brilliantly for me; the Commonwealth Games was a great experience.”

She added: “This weekend is special too, as racing at home is not something we get to do very often, so I’m looking forward to it.”

Paralympic Champion, Andy Lewis (PTS2), is starting his season after injury niggles kept him out of Yokohama. Having won Paralympic, World and European titles, he is excited to come back to where it all started. The race runs alongside the Artic One Paratriathlon Festival event, which is aimed at novices. Lewis said: “This is the first race of the season for me and I am definitely ready to get out there and see what I can do after a previous injury. This is where it all started for me with an Artic One event in 2014, and it’s just brilliant that we now have an ITU race here alongside that.”

Other Paralympic Games medallists including Lauren Steadman and Alison Patrick are set to take part in the race as well.

In-form George Peasgood will be carrying a lot of momentum, after winning in the PTS5 race in Yokohama, as will the rapidly improving Steve Crowley (PTS4) and world champion, Dave Ellis (PTVI). There will also be new talent on show, including Hannah Moore (PTS4), who has made massive strides over the winter.

PTWC category is for handcyclists and race chair users and has two subcategories; PTWC1 is for more impaired athletes and PTWC2 is for the less impaired.  The two sub-categories race together using a staggered start, whereby the PTWC1 men start 3 mins ahead and the PTWC women 3 mins 58 seconds ahead of the PTWC2 athletes.  The first to cross the finish line in the overall PTWC category will be declared the winners.