The first sport class to be contested at the Paratriathlon World Championships in Chicago was men’s PT4. Stefan Daniel (CAN) became the first athlete to take down the finish tape, taking home his first world title with it. Daniel had a phenomenal comeback victory after he trailed behind Germany’s Martin Schulz for the first half of the race. Schulz led out of the swim and first two laps on the bike, but lost momentum. As athletes rounded into the second transition area, Daniel, Schulz and Yannick Bourseaux (FRA) blasted out onto the run neck and neck. It was then when Daniel proved worthy of a World Championship when he was able to make a move to get away from his rivals and create enough distance between himself to easily stroll into the finish line and claim the gold medal. Schulz finished with the silver medal, while Bourseaux took home the bronze.

As Schultz was the reigning World Champion in men’s PT4 for two consecutive years (2013 and 2014), Daniel was finally able to edge out and dethrone the previous victor.

With the win, Daniel also qualified himself a spot on Team Canada for the 2016 Rio de Janeiro Paralympic Games. 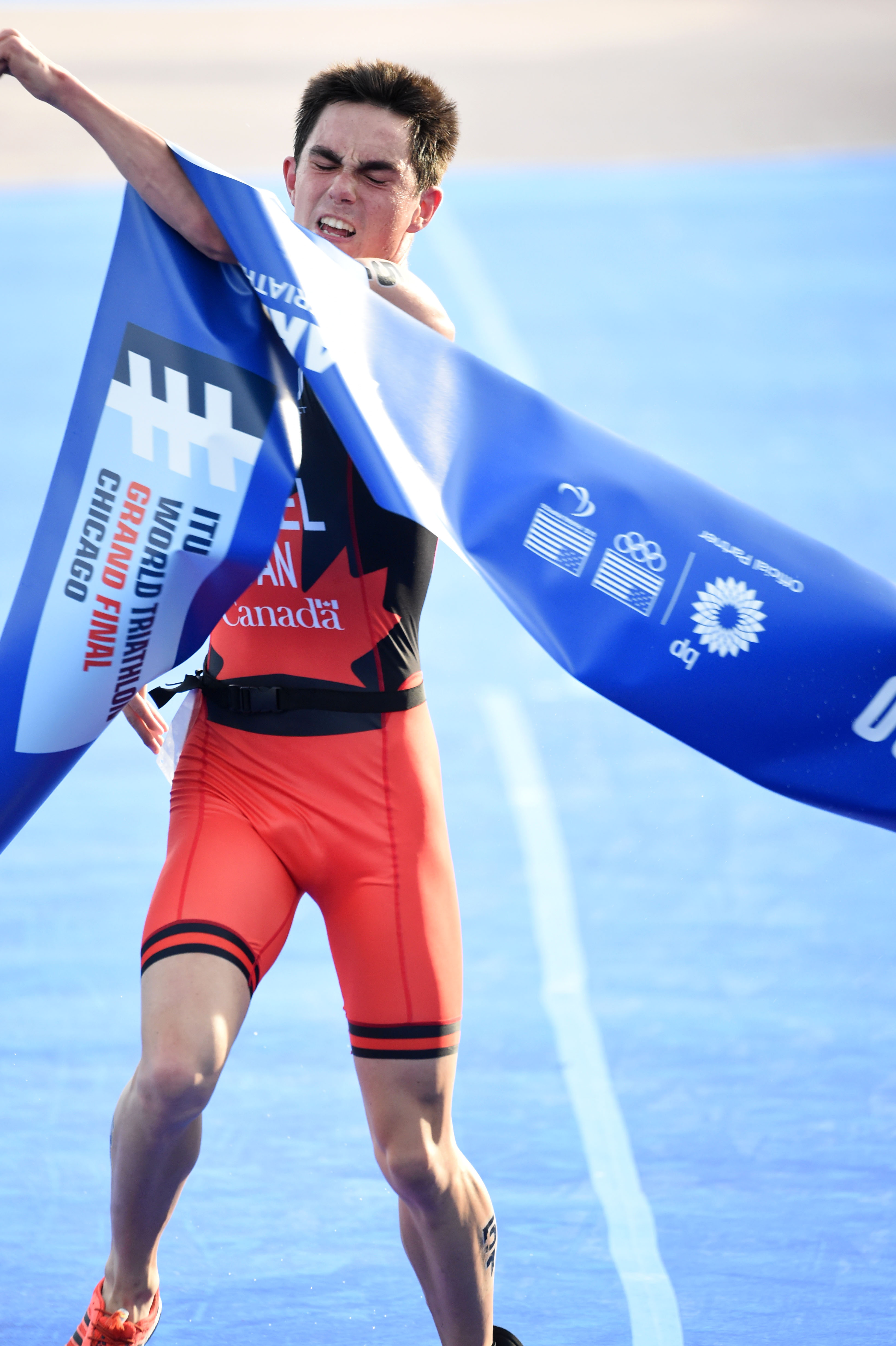 So happy to win Paratriathlon World Championships today and qualify for Rio 2016! Thanks for all the support!! pic.twitter.com/OJqMn8vROq