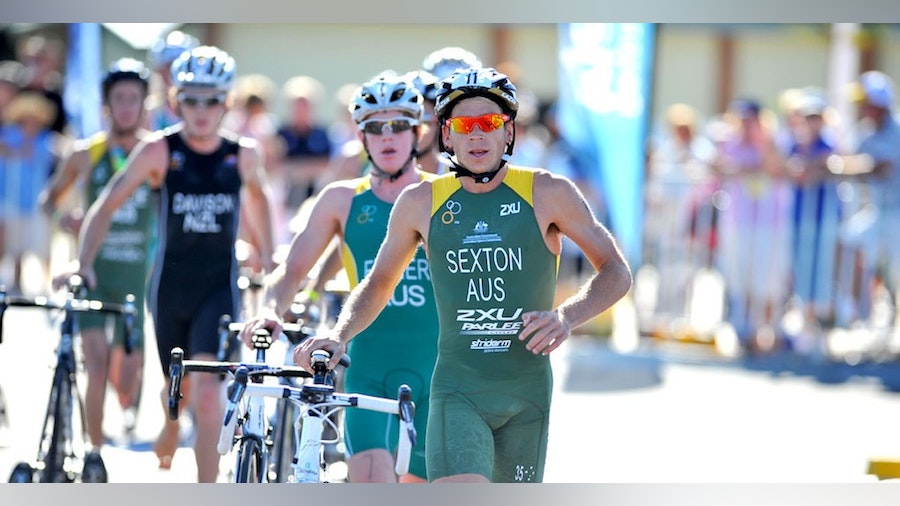 Kahlefeldt, was identified for nomination in 2011 after a strong season that saw him win the Hamburg leg of the World Triathlon Series and post a number of other top ten performances. Despite his early nomination, the 32-year-old who is based on the Gold Coast has not had a dream start to 2012, with a bout of pneumonia striking him down in recent weeks.

“It is a great feeling to be selected on my second Olympic Team for London,” Kahlefeldt said. “Although it was hard to imagine I would be competing in London in a couple months time when I was lying in a hospital bed with pneumonia in San Diego for six days. That was a scare that’s for sure.”

Kahlefeldt has made a steady and strong recovery and is back on track for his Olympic campaign.

“I think the worst of the pneumonia is now over and I am back here in Europe with my training group,” he said. “My lung is improving each day and I am starting to feel stronger again. The Mallorca training camp went well. I was just happy to be back into some training. Things are returning to normal and I’m excited, relieved and ready to press on to London from here.” Kahlefeldt’s Beijing teammate Atkinson produced a confidence boosting performance when he finished 13th in the recent ITU World Triathlon San Diego. In Beijing, Atkinson was Australia’s highest finishing male with 11th and he will be looking to improve on that performance when the men take to the Hyde Park course on August 7.

“To be one of Australia’s triathlon representatives at the pinnacle of sport for a second time is very exciting,” Atkinson said. “Throughout the last two year process of selection I have found out so much about myself and my racing. What really makes me tick, what works for me but most of all what’s really important to me. You just can’t go and buy those experiences.”

Atkinson plans to continue his low-key build-up of training and racing in Encintas, California before heading to Aix Les Bains in France at the end of June for final preparations for the Games.

“In my plans I have always known it’s important for me to reach the final few months of preparation in the right condition. That is fresh, strong and healthy. Then I know I can give the final build-up my best. The reason for being in Encintas Cali is it was the closest place I can feel like I am living a Gold Coast life while away from home and the training is good. Helps me stay fresh, healthy and low key.” Rounding out the men’s team is 26-year-old Sexton who’s gold medal at the 2012 Oceania Championships helped to clinch the third men’s spot for Australia. After topping the podium in Devonport, Sexton went on to place fifth in the Mooloolaba World Cup in March but has since struggled for form, forcing him to reevaluate his training preparations and find his confidence for the medal winning performance he is capable of.

“After a very disappointing DNF in Sydney I had a few days away from training to try and figure out what I had been missing from my Sydney preparation,” Sexton blogged on olympics.com.au in May.

“It took me more than those few days to put my finger on it but with time and some honest thoughts from my closest supporters, it occurred to me I wasn’t missing anything - I had been doing too much. Too much of everything. Now…I’ve found my head clear, my body happy and my hunger to chase perfection as insatiable as ever.”

Sexton, the former Maitland (NSW) junior has been based at the Victorian Institute of Sport in Melbourne in recent years and is currently preparing for his Olympic campaign with the VIS group in Vitoria, Spain.

With files from the Australian Olympic Committee and Triathlon Australia