Select athletes gathered at the press conference ahead of the 2016 ITU Chengdu World Cup, the third World Cup hosted in Jintang County, Chengdu, in South West China. With a history dating back 2,300 years, Chengdu is one of the first national historic and cultural cities in China, with a population of 16 million covering an area of 12,400 square kilometres.

Lisa Perterer (AUT), Wian Sullwald (RSA) and Lianyuan Wang (CHN) spoke to a large media contingent for the highest profile triathlon event in China, one that is famous for its completely man-made triathlon course in Jintang. 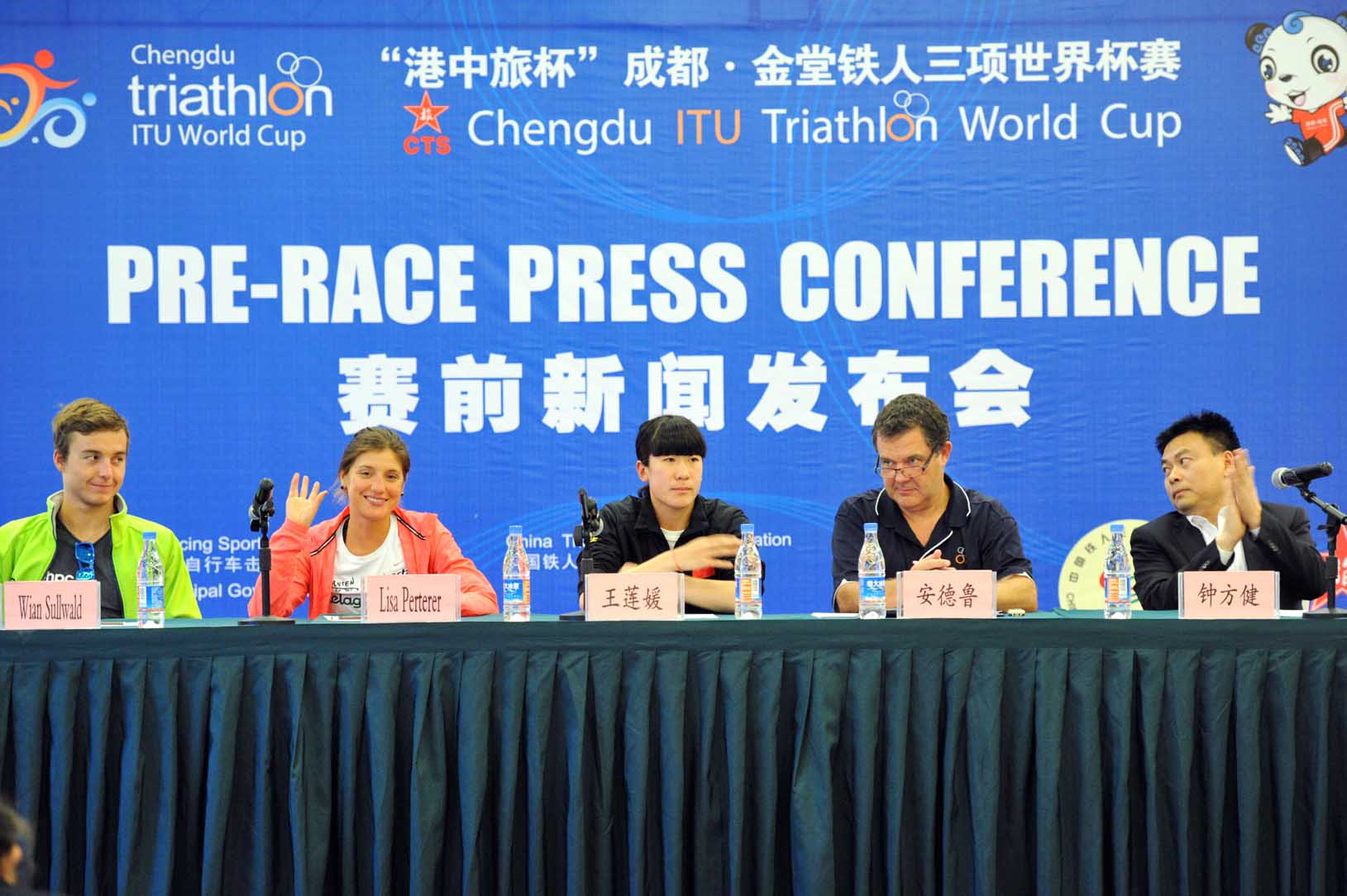 On racing in every WTS and World Cup race so far in 2016
“This is a question many people are asking me. In 2015 I was injured in the second half of the season so I have worked hard on my swim over winter, I want more race experience in this part of the year for the Olympics - my qualifying is good for Rio so I am almost sure I will race there. This is a good time to improve my swimming, which is my weakness in triathlon. After Yokohama though I will focus on Rio and just train, but for now and in Yokohama I want to have a good race.”

The bronze medalist last year in Chengdu, what does Lisa like about the course?
“I really like this course in Chengdu, it is really fast especially the run and bike. The race venue which they have made especially for triathlon is amazing. I have not seen much of Chengdu outside of the triathlon but maybe one year I will get the chance after the race, but the venue and the triathlon itself is a great course and event for the sport, it is perfect for triathlon.” 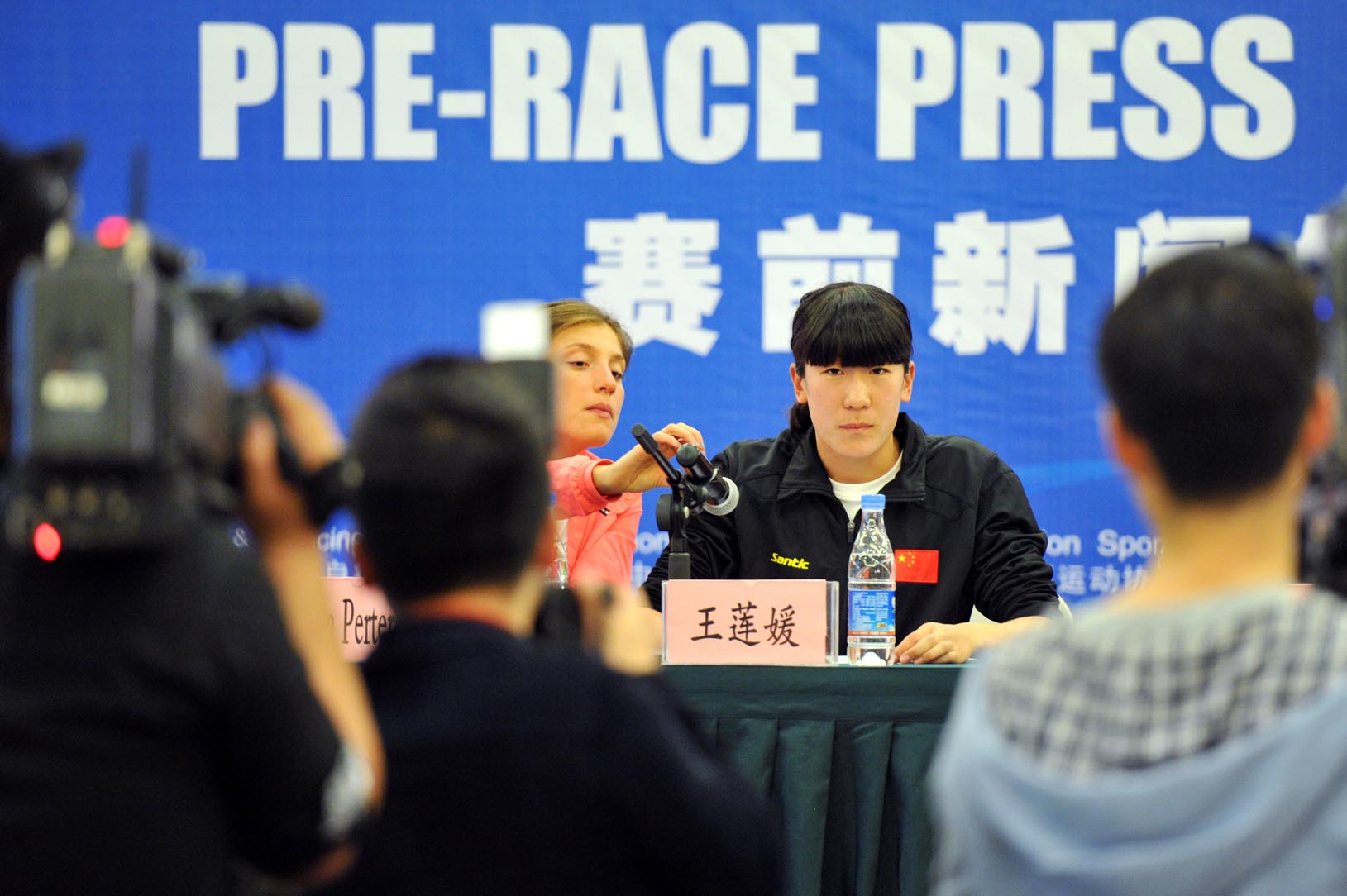 Lianyuan Wang (CHN)
On what it means to have such a prestigious race in China
“This is the first World Cup that I ever attended in 2014. This race is very important to all Chinese athletes who wish to race on the ITU circuit. We have many athletes who wish to race at this level but not many are able to get those opportunities. This World Cup gives all Chinese athletes and the young generation the chance to learn and race against the best in the world and feel how the racing is on the World Cup circuit.”

Wian Sullwald (SAF)
On why he has not raced yet this season
“Starting my international season in Chengdu is fantastic, this is where I won my first World Cup back in 2014, I am delighted to return again. I suffered a tear to a knee ligament which has kept me out of training and racing, I have not been able to run for about eight weeks. I pulled out of races in Abu Dhabi and Australia, which I had been planning on racing. The injury has been healing quite alright, I have been running the past few weeks – that being said pain killers have been my best friend. But I am confident in my fitness otherwise I would not be here, but the results will do the talking tomorrow.” 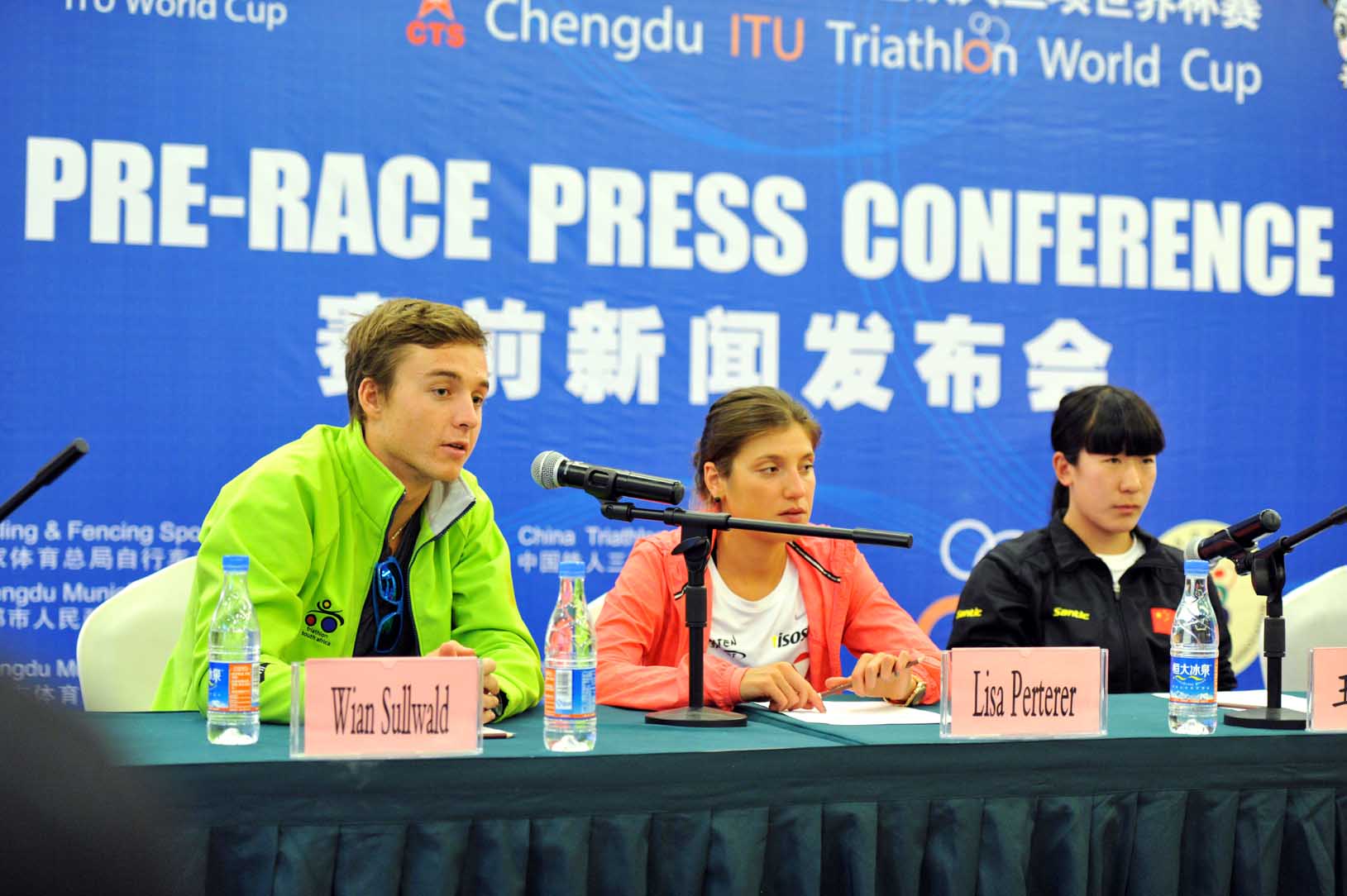 On his goals for Rio and trying to qualify a third spot for South Africa at the Olympic Games
“Racing in Rio this year would be a dream come true, I have been eyeing this since racing the Youth Olympic Games in Singapore. But with my my rocky start to the season points are vital for me at this stage, the race for the 7th and 8th national team to earn three qualifiers is tight, there are a lot of guys chasing it. But I believe at the end of the day it will come down to who wants it more and will go that extra little bit and I think I am one of those guys who will push until I can’t any longer to get that spot in Rio.”

On what triathlon means to him
“Triathlon is my life. The only thing I do, I train, I eat, I sleep, I race. It is a phenomenal way to live your life and a great way to shape you as human being.”

Start Times
The men are set to compete first with a start time of 9:30AM local time, with the women following at 12:15PM. You can follow all of the action with live timing at triathlon.org/live and with tweet updates at @triathlonlive. 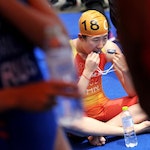 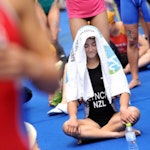 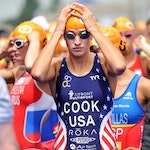 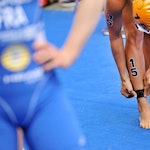 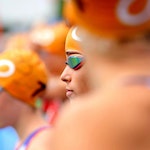 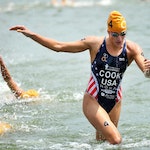 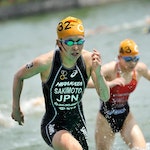 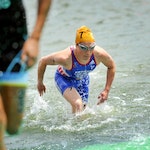 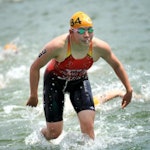 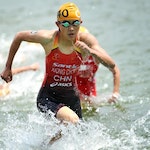 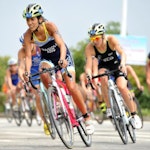 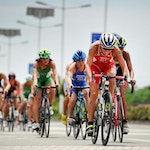