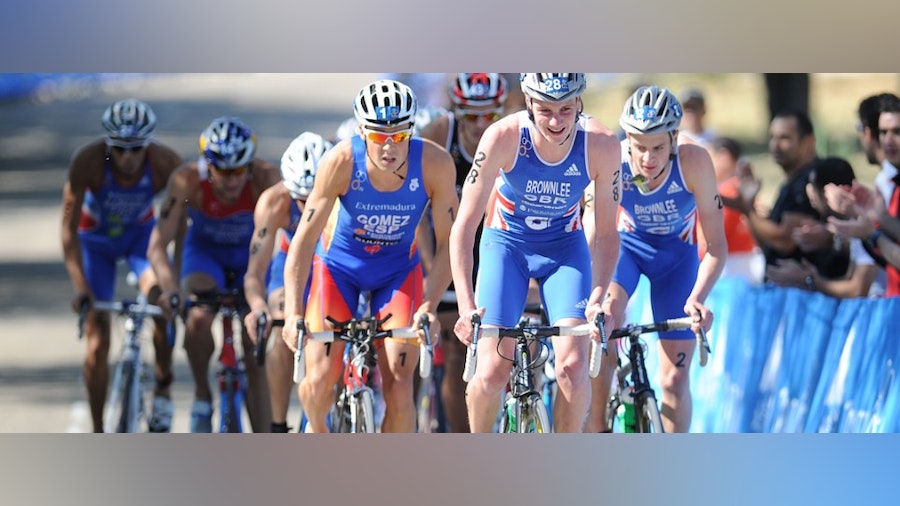 Now in its fourth year, the 2012 ITU World Triathlon Series is just around the corner and will travel to eight host cities across three continents. The world’s top triathletes compete for crucial series points until a World Champion is crowned in the Grand Final at the end of the season. In this critical Olympic year, the first three WTS events will also be included in ITU’s Olympic qualification period which continues until the end of May.

Sydney
Sydney is first on the 2012 ITU World Triathlon Series tour and the city will mark the excitement of opening the new season of series racing for a third straight year. As the site where the sport made its Olympic debut in 2000, Sydney holds a special place in the heart of triathlon. The revised course is set against the iconic backdrop of Sydney Opera House, Harbour Bridge and city skyline. From the thrilling sprint finish between Barbara Riveros Diaz, Andrea Hewitt and Emma Moffatt in 2010 to the incredible comeback for gold by Javier Gomez after falling on the bike in 2011, Sydney never fails to enthral.
Click here to view the 2012 Dextro Energy World Triathlon Sydney event page

San Diego
As a new edition to the ITU World Triathlon Series, the sport returns to its birthplace in San Diego. In triathlon’s almost 40-year history, it is actually the first time for ITU to hold an event in the city. The race centres around Mission Beach, sprawling two miles of Californian coastline. Triathletes will swim one lap in Mission Bay before tackling the bike course which includes an ascent up Mount Soledad offering spectacular views over La Jolla, Mission Beach and Pacific Beach. San Diego will hold additional importance for local USA athletes as the race acts as the final qualifier for both men’s and women’s 2012 Olympic selection.
Click here to view the 2012 ITU World Triathlon San Diego event page Madrid
Madrid has been a staple ITU venue, hosting numerous World Cups before appearing annually in the ITU World Triathlon Series since its introduction in 2009. Set in Casa de Campo Park in the centre of the city, the race is notorious for its tough conditions and challenging bike course featuring a 12% grade climb on each of the four laps. When it comes to the World Series, Alistair Brownlee has an unbeatable record in Madrid. Claiming gold in 2009, returning from injury to win in 2010, he then made family history with brother Jonathon Brownlee when they stood together on the World Championship podium in Madrid with gold and silver in 2011.
Click here to view the 2012 ITU World Triathlon Madrid event page

Kitzbühel
Kitzbühel also features on the ITU World Triathlon Series for the fourth year running. As one of the smallest host locations, the picturesque Austrian town at the foot of the Alps is popular among athletes and fans alike. The race starts with a dive into natural moorland emerald waters of Schwarzsee Lake, before the challenging bike course twists around sharp bends and fast narrow descents through the centre of Kitzbühel. The run is fast over virtually flat tarmacked ground with three 180° turns on each of the four laps. Canadian Paula Findlay established herself as a star in the making in Kitzbühel, firstly winning the event in 2010 and then again in 2011 when she became the most successful woman in ITU World Series history with most wins.
Click here to view 2012 ITU World Triathlon Kitzbühel event page Hamburg
Hamburg is a triathlon favourite in a city where the entire centre shuts down to dedicate itself to the annual weekend of racing. A staple on the World Series circuit, Hamburg offers an incredible atmosphere with spectator lined streets cheering athletes every inch of the way. Athletes begin with a dive into River Alster before the bike circuit leads along the historic Elbchaussee, ending on a spectacular home straight run to the Hamburg Rathaus.  Australian triathletes have enjoyed success in Hamburg, beginning in 2009 at the event when Emma Moffatt and Jarrod Shoemaker took the two top spots. Moffatt took silver the following year and then 2011 saw an all Australian female sweep with the three Emmas: Moffatt, Jackson and Snowsill. In addition Brad Kahlefeldt secured top honours in the men’s elite.
Click here to view the 2012 Dextro Energy World Triathlon Hamburg event page

Stockholm
In 2012, Stockholm joins the series for the first time as the host for the sixth round on the series. It has been 15 years since ITU has been in Stockholm, but the excitement at triathlon’s pending return is evident along with high hopes of boosting the sport in the Nordic region. The last event was the 1997 Stockholm ITU Triathlon World Cup, back when Great Britain’s Simon Lessing was collecting World Cup and World Championship wins, this particular gold went to him as well. Athletes can look forward to competing in this beautiful city surrounded by water at every turn under the temperate conditions of the Swedish summer.
Click here to view the 2012 ITU World Triathlon Stockholm event page Yokohama
Yokohama again welcomes ITU in 2012 for a third year. Thanks to the city’s warm hospitality, athletes have continued to strongly support the event even following a rescheduling last year after disaster hit Japan in March 2011. During a weekend of racing that sees local supporters out in force, the race begins in Yokohama Bay before transitioning in Yamashita Park and then twists and turns through the city streets. Andrea Hewitt has enjoyed particular success in Yokohama taking silver in 2009 and gold in 2011 on the back of her Beijing Grand Final victory. Portugal’s Joao Silva produced a career breakthrough overcoming scorching conditions in 2011 to take his first ever series win.
Click here to view 2012 ITU World Triathlon Yokohama event page

Auckland
The 2012 Grand Final arrives in Auckland. Joining the likes of Gold Coast and Beijing, New Zealand’s largest city provides the finale that will crown the 2012 ITU World Champions. The heart of the course is right in the central business district, Queens Wharf waterfront and a technical and hilly bike leg takes athletes up and down the steep Queen Street. The 2011 Auckland ITU Triathlon World Cup in November was an ideal opportunity to experience the Grand Final course with New Zealand’s Andrea Hewitt and Kris Gemmell proving their strength in front of a home crowd. However, every athlete competing for the world title in 2012 will have to do a lot to live up to 2011 champions Great Britain’s Helen Jenkins and Alistair Brownlee as the only two to rack up more than 4000 World Championship ranking points.
Click here to view 2012 Barfoot&Thompson ITU World Triathlon Grand Final Auckland event page

Catch all the events live at triathlonlive.tv