The athletes who participated were born between 1 January 1992 and 31 December 1993 with nine places available for European male and female competitors hoping to take a spot on the Youth Olympic Games start pontoon next summer. Both Germany and Great Britain were successful in qualifying both a man and a woman.

In the womenâ€™s race there was a convincing win for Marlene GÃ³mez-Isslinger from Germany as took victory by fifth seconds ahead of Valentina Brambilla from Italy, who narrowly beat Great Britain’s Elinor Thorogood. JÃ©rÃ©my Obozil from France took men’s race honours by just eleven seconds, ahead of Lukas Kocar from the Czech Republic. Austria’s Alois Knabl took third.

The Youth Olympic Games will take place in Singapore next August, featuring young athletes from across the world giving them an experience of competing on the world stage and allowing them to realise their Olympic aspirations. 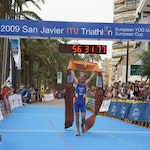 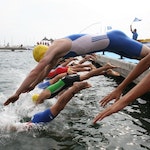 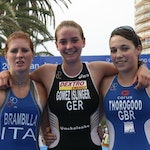