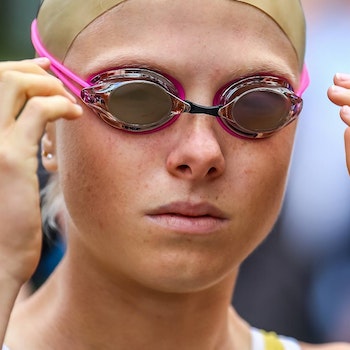 I discovered Triathlon in 2014 when I lived in a landlocked small country town called Nanango 300ks from Brisbane and I represented the Wide Bay Schools Regional Team at Redcliffe.I then realised if I want to progress in Triathlon I needed to find a coach and squad.At the time Sheldon College had in place the Sheldon Triathlon Academy, so in 2014 my parents let me pursue my dream so I moved to Sheldon,Redland Bay Region.In my time at the Academy I went from placing 32nd at my 1st attempt before moving to 2 podium finish at Australian schools.the Junior australian champion at Twin Waters.QLD champion.In 2017 I had an injury that really set me back for that year,I have since moved again to the Gold Coast to be part of the Gold Coast U23 Elite Squad to begin my pathway as an U23.I have only been there since SEP 2017 but can already see my improvement,being a member of a squad that you can train hard but still be friends is the best.Along with my coach Dan Atkins and Jesse(my gym coach) I can reach my true potential.