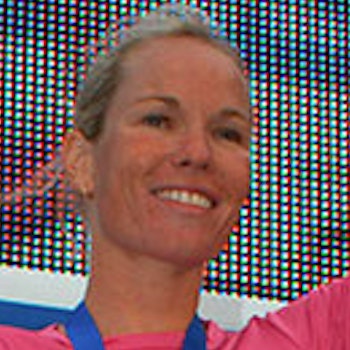 Loretta Harrop (born 17 July 1975 in Brisbane, Queensland) started her sporting career as a swimmer. She was enticed into triathlon by her brother Luke in December 1994, a keen triathlete himself. After competing locally, both went to a Japanese race in 1996. Loretta finished third, Luke fourth, from then on they decided to turn their attention to triathlon full-time.

Loretta Harrop hit the ITU World Cup circuit regularly from 1997 and quickly worked out the strategy she would become known for. Swim fast, work with a few select others to bike even faster and build an unbeatable lead from which she couldn’t be caught. It worked in her very first ITU World Cup podium, in Sydney in 1997, and then many more.

In 2002, the Australian triathlon world was shattered when Luke Harrop died, after he was hit by a stolen car while on a training ride on the Gold Coast. Loretta decided that the best way to honour her brother was to continue racing in the sport that she loved. Just a few weeks after Luke’s death, Harrop won the Australian trials for the Manchester 2002 Commonwealth Games team.

She aggressively tackled the bike course in Athens and hit the run course solo. While Austria’s Kate Allen overtook her in the final few hundred metres to win the gold, Harrop had given her all and was happy to claim a major Games medal.

Harrop is now retired from professional competition, but still races the Luke Harrop memorial event each year. She coaches a high school triathlon program and lives on the Gold Coast with her husband Brad, son Hayden and daughter Emmerson. 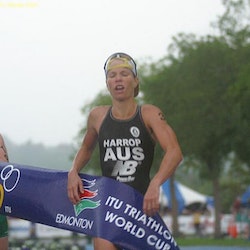 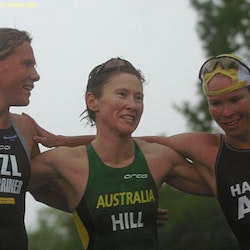 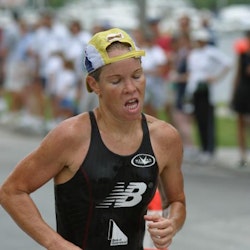 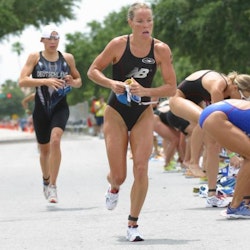 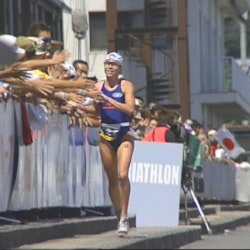 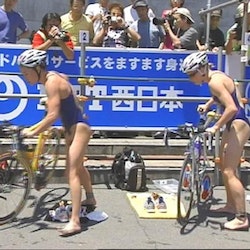 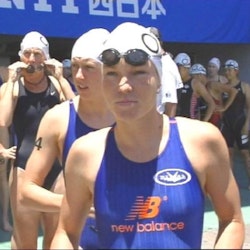