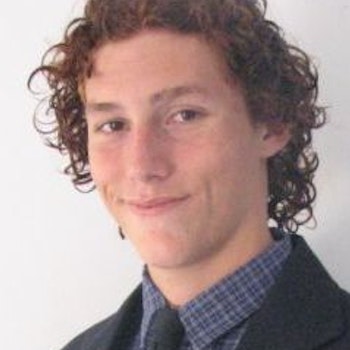 Luke is currently the world U19 age group champion and about to make his mark on the ITU junior circuit in this highly competitive sport. Luke was born with a speech impairment called verbal dyspraxia, a condition that interferes with the correct sequencing of speech sentencing. Whilst restrictive as this condition can be ,triathlon has given Luke a huge direction in life, so much so that he recently graduated from his Year 12 studies with full honours and now has a career goal of living and racing the European circuit whilst undertaking further studies in French and IT. Born in Brisbane, eldest of 3 boys, Luke and his family have always enjoyed an active sporting life with Luke’s Mother a former national level netball player and high level netball coach and Luke’s Father, a 2 time Paralympic Weightlifter. Luke is a young man that wants to travel the world, is focused on achieving his best and wants to be the best that he can be.

RT @TerriIrwin: Happy birthday to His Holiness. Thank you for reminding us to focus on the positive, show kindness to each other, and love…
RT @MCU_Direct: BREAKING: #BlackWidow director Cate Shortland has revealed that #ScarlettJohansson's Natasha Romanoff will hand "'the baton…
RT @bioquakcs: daisy johnson pic.twitter.com/NCphIJanPU
http://www.lukefarrell.com.au