Impairment Details
At age ten she had her left arm amputated after an accident at home.

Start of sporting career
She took up para-triathlon in 2005.

Reason for taking up this sport
She was encouraged to try para-triathlon by her eldest son, Kevin. “At first, I feared greatly the swimming leg because I was suffering from spasms in the water. But Kevin encouraged me even further. It felt good, he proved that he was not ashamed of me, of seeing me without my prosthesis.”

Ambitions
To compete at the 2016 Paralympic Games in Rio de Janeiro. 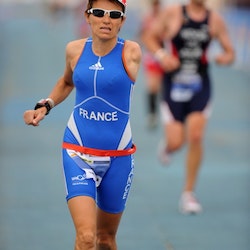