Varga’s win added another highlight to what is already a breakthrough year, that included making his Olympic debut and his first top-10 ITU World Triathlon Series result in Stockholm, followed closely with a 12th place in Yokohama. In Auckland, Varga led from start to finish over the 1km swim and 5km run, using his stellar swim leg to gain a huge advantage out of T1. He extended that further over the run to finish 1 minute and 1 second ahead of 2011 Aquathlon champion Richard Stannard. Serbia’s Ognjen Stojanovic finished five seconds ahead of Great Britain’s Phil Wolfe to claim bronze, rounding out the podium.

Varga said it was another great moment in what has already been a great year.

“I never expected this year would be so good before the start of the season, so I am very happy that every race has been getting better and better,” Varga said. “A title is always a really really amazing thing, so I’m very happy to be world champion again this year. Last year in Beijing I was sick and I couldn’t race, so I’m happy I can race here.”

In the women’s race, Samuels was buoyed by an enthusiastic home crowd as she pulled away on the 5km run to claim her first ITU world title. It was also her second ITU win in a row, after her World Cup win in Tongyeong last month.

“I didn’t know how this race would go and if I could win it, but I thought it’s in New Zealand so why not go out there and give it a go,” Samuels said. “It’s fabulous, we’re at home and it’s surreal really that we have this world series event in this big city and everything is shut down for it. It’s so well run and with all the restaurants and people, they are all cheering for Kiwis because that’s all they know and it was a great experience to be out there.”

A record 780 age-group athletes and paratriathletes also competed in the first day of action at the 2012 ITU World Triathlon Grand Final. Click here to view all results.

The action continues all week in Auckland, click here for the full rundown 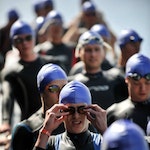 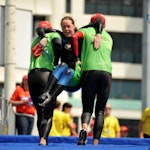 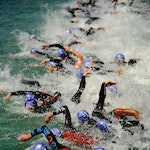 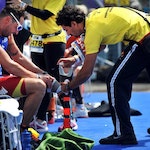 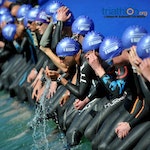 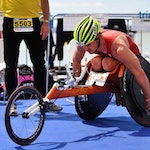 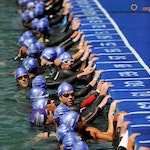 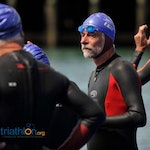 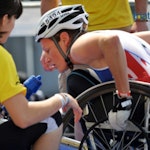 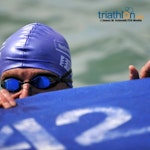 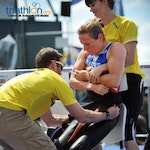 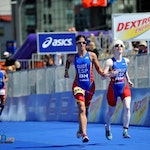