Training in the Arctic as a World Triathlete 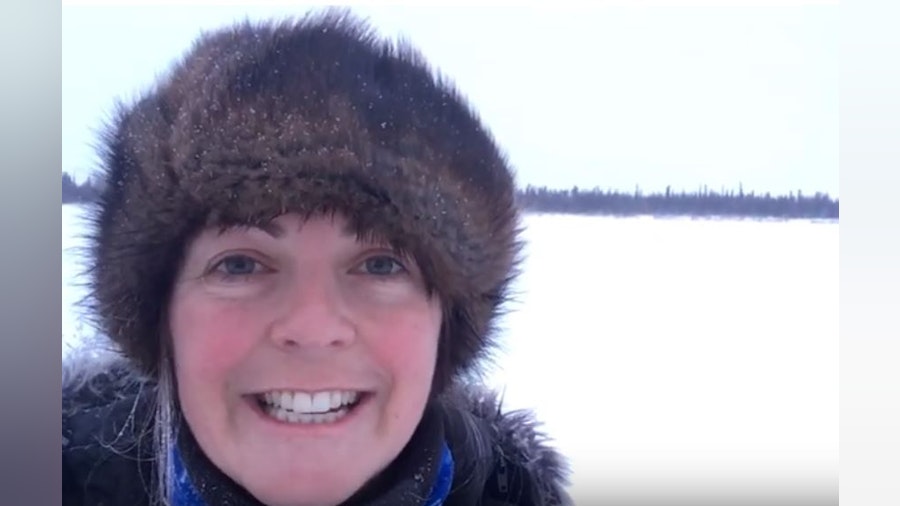 Meghan Scott is 37-years of age and lives in Inuvik, Northwest Territories, Canada, 130km south of the Arctic ocean. Inuvik is a small town, population -3000, but it’s the major government centre and that is the only reason Meghan has been able to continue training for triathlon. There are facilities available to train, most other northern communities are too small and don’t have anything.

Meghan played varsity volleyball throughout university, so has always been active, but after graduating and starting work, she was looking for another training platform outside of volleyball. She landed a personal trainer who encouraged her into triathlon. The trainer often remarked on her endurance while training and said she needed to find a sport that used it well. She gave triathlon a go and that was 5-years ago and it’s been the ultimate fit.

The motivated Canadian triathlete trains outdoors as much as possible, but the season is short and the wildlife makes it daring. During the winter months it’s dark and cold with a temperature of -40 degrees Celsius and no more than 24-hours of daylight across the entire season. By the end of May, the snow has gone and the days are long, so training outside begins. Running is possible once the roads are clear of snow but the bears can be an issue. This means that Meghan has to stick to the roads and doesn’t have the luxury to explore the trails. She carries bear spray during outdoor training and sticks to the busier times on the road where cars are driving by.

There’s a little gym in Inuvik which has a few pieces of equipment where Meghan spends a great deal of time training during September to May where there is little light outside. The last summer in Inuvik the temperature didn’t rise above 10 degrees Celsius so she was training in doors more than other seasons.

Biking where Meghan is based is difficult. The town is small with limited roads to ride on in and Inuvik is remote, there is only a single road out of town (it’s a 730-kilometre gravel highway.) The road to the airport is a favourite path of Meghan’s.  It’s an 11-kilometre road with some small rolling hills so a couple of loops of this road offers a decent workout.

Last summer (2018), there was construction on the road for the entire season, so the pavement was torn up, leaving the Canadian with no paved surface to ride on, so she relied on her trainer for the whole summer.  This proved a great challenge.

Open water swimming is not possible. The ice doesn’t come off the water until May and event then, the lakes and rivers freeze up again in September, leaving only a few months of open water. With such a short time with open water, the temperature barely spikes, so even with a wetsuit it’s too cold to swim in.

“I love how there are constant challenges, with 3-disciplines there’s always something to work on.  I never get bored with the training, even though I haven’t been able to swim for the past 6-months, I like the mix of biking and running. I also set goals. This past season (2017-2018) my goal was to race at ITU Age Group Worlds and next year I have my first IRONMAN on the books.  Since there are no local races, planning a trip to some warmer place for a race helps me last the winter.”

Despite the testing conditions, Meghan endures the adversities and remains motivated because she loves the sport. She thrives on the sense of achievement that the sport offers and established community it creates.

“It’s what makes the sport so great.  Because triathlon is an individual sport, it can be lonely. The community, from my team to people I meet at races makes it such a social sport.  The triathlon community is filled with driven people who give their best effort, but are so supportive of others, no matter how fast you are.”

Meghan represented Team Canada at the 2018 ITU World Triathlon Grand Final, Gold Coast, and despite qualifying and competing on the world stage, is still motivated to keep improving and progressing through the sport.

“It’s so special to be able to race for Canada in Australia. I’m a very patriotic Canadian and so am very excited to race for my country.  Our team kits are awesome, I love the Indigenous art design, so that adds another layer of meaning to the whole experience.

“I’m inspired to keep improving. I haven’t reached my potential in any of the three sports yet, so I am inspired to try harder. I’m also inspired by my teammates; everyone has a unique story and their own challenges that they keep fighting through, being around such a great group of athletes helps me push on.

I love that there’s three sports. I don’t think I’d like to do any of the three all the time, so the variety fits my personality. There’s so much variation within the sport too, a bunch of different distances to try, and now some different format races too that keeps training interesting,” Meghan said.

The sport of triathlon embodies the power of the mind and body. Through the sport, the evolving race calendar and training landscapes, friendships are developed and a community is established. It’s within this community where our triathletes remain safe, motivated and inspired. What they often don’t realise is how inspiring they are to the onlookers, the fans and supporters on the sidelines.

Meghan Scott, she loves to tri and the world of triathlon is so grateful for her ongoing drive to support the sport, for stepping on to new start lines, striving to achieve blue carpet finish line goals and most importantly loving and embracing all that the swim, bike and run phenomenon has to offer.

“I’ve been living in the Arctic for the past 18 months and have experienced challenges that I didn’t expect. The only pool in town closed in March and the only paved road in town has been under construction all summer! It’s been a lot of indoor training for me. So it’s been an interesting year of triathlon for me, but it’s been good.  It’s taught me that I love triathlon, since I’ve stuck with it!”