For the eleventh time in ITU history, the World Cup circuit returns to South Korea to host the 2016 Tongyeong ITU World Cup. Since the debut race in 2003, Tongyeong has become one of the pivotal events on the World Cup calendar and this year is no different as it will serve as the last sprint distance race of the season. For one final time in 2016, athletes will compete in a one-lap 750 metre swim, three-lap 20 kilometre bike and two-lap 5 kilometre run.

Women’s Preview
The women’s start list contains a lot of athletes that have had breakthrough performances this year, including Japan’s Ai Ueda who will be sporting the number one position this weekend. Her strongest performance of 2016 came in her home country of Japan when she ran her way into the bronze medal at the World Triathlon Series Yokohama, a result that aided in giving her the third place spot in the overall ITU rankings for the WTS. In 2014 Ueda earned the silver medal in Tongyeong, and since this weekend will be her first World Cup race since competing in Mooloolaba back in March it will be the perfect opportunity to get back on the podium.

Ueda’s Japanese compatriot Yuka Sato is another leading contender heading into Saturday. She returns as the reigning Tongyeong champion, after she scored her first World Cup victory at this event last year. The Rio Olympian has been making a name for herself as one of Japan’s top competitors, so reclaiming her Tongyeong title would also be a great chance to snag her first World Cup medal of the year.

Another breakout star of the year that will be racing this Sunday is USA’s Summer Cook. It is no secret that the United States has an extremely strong women’s team, and Cook only adds to their power. She earned her first-career World Cup win in Chengdu in April and then added a first-career WTS victory in Edmonton in September. She also finished second at the Salinas World Cup, which was also a sprint distance, so she has proven she succeeds at the shorter course.

Her compatriot Renee Tomlin is another strong American woman who will be a threat to the field. She grabbed the title at the Tiszaujvaros World Cup this season, so she knows what it takes to get onto a World Cup podium.

However, the crowds will be in favour of Korea’s own Hye Rim Jeong, who showcased that she is a rising star for the nation by earning the bronze medal at the Junior World Championships in Cozumel this year.

While another woman to look out for this Saturday is Yuliya Yelistatova (UKR). She always performs extremely well in World Cup settings and has already earned two podiums this season.

Men’s Preview
Four 2016 Rio Olympians top the men’s start list. Topping the roster is Rostislav Pevtsov (AZE). He has earned both a silver and a bronze medal in World Cup racing this season, the silver in Chengdu and the bronze in New Plymouth. The only medal he has not scored this year is the gold, so make no mistake that he will be gunning for that title to finish off his collection.

Racing alone and not alongside his brother this time around is Igor Polyanskiy. He shared the podium with older brother Dmitry on the Tiszaujvaros course when he took home the silver medal to Dmitry’s gold. But this time the Russian will be racing on his own and could capture the gold for himself.

But looking to stop him is Portugal’s Joao Silva. Tongyeong will be the first World Cup race that he has competed in since 2014 when he raced in New Plymouth and won the bronze medal. So maybe this weekend the World Cup circuit will welcome back Silva by putting him up on the podium.

A pair of Americans are on the list that are sure to make some waves in South Korea. Olympian Gregory Billington is sitting high on the start list. While he has never been on a World Cup podium yet in his career, he showed some really strong improvements during this year’s World Triathlon Series, so it could be his time to finally start collecting some hardware. His compatriot Kevin Mcdowell has seen a World Cup podium before – both times in Chengdu, but has not stepped up this year. However, he is a rising men’s USA athlete and is capable of performing well this Saturday.

Other men who have had some World Cup success this year are Aussie Drew Box and other American Matt Mcelroy. Both men earned their first-time career medals this season. Box took third place in Huatulco back in June to get the bronze, while Mcelroy received the silver medal after coming second in Salinas in September.

The women will kick start the 2016 Tongyeong ITU World Cup on Saturday, October 22 at 9:30am local time. The men will follow at 11:45am local time. 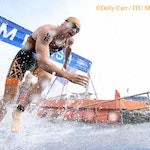 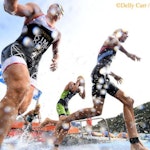 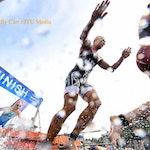 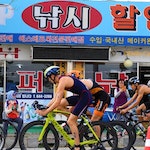 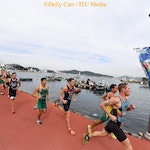 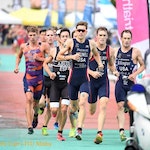 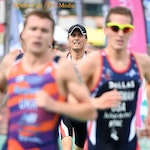 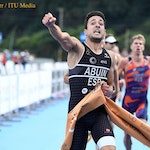 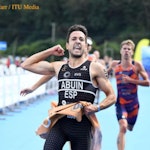 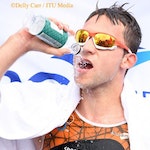 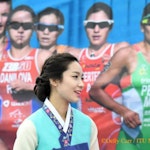