Tongyeong, a coastal region in South Gyeongsang Province, South Korea, welcomes stacked field of experienced athletes and emerging new triathlon talent to the shores of the port city, to contest in the next World Cup of the 2022 season. World Triathlon Cup Tongyeong on Saturday 15th October will feature a standard-distance format (1.5km swim, 40km bike and 10km run) and will commence with the Elite women’s race from 8am local time and the men will compete from 11am.

Review the athlete line-ups and follow the action over on TriathlonLIVE.tv

Olivia Mathias representing Great Britain has had a brilliant season with a silver medal in the Mixed Relay on the 2022 Birmingham Commonwealth Games stage and secured gold in the 2022 Europe Triathlon Cup Kitzbühel. Mathias will be one to watch come Saturday.

Australia’s Charlotte McShane, Spain’s Anna Godoy Contreras and Xisca Tous are incredibly experienced across the standard-distance race scene and will be looking to keep in close contact with the front women on Saturday.

A new breed of talent including Australia’s Charlotte Derbyshire and Mexico’s Ana Maria Valentina Torres Gomez will be fiercely motivated to deliver breakthrough performances on the world stage.

USA’s Tamara Gorman and Austria’s Lisa Perterer bring a wealth of World Cup experience into the field. Perterer returns to the race course after several months off with injury.

The host country will be well represented with five Korean athletes lining up to race.

The field will be incredibly competitive with 51 Elite women racing in the 2022 World Triathlon Cup Tongyeong.

Review the full start list and follow the women’s race in Tongyeong from 8am local time, over on TriathlonLIVE.tv on Saturday 15th October.

Men’s preview
This season USAs Matthew McElroy has earned a bronze medal in the 2022 World Triathlon Cup Bergen, the silver medal in 2022 World Triathlon Cup Karlovy Vary and arrives in Tongyeong, South Korea, eager to hunt down 2022 gold. In 2019 McElroy was crowned champion of Tongyeong, when the race was contested over a sprint-distance race format but this year he will battle it out, against some of the world’s fastest triathletes, over the standard-distance race course.

Olympian Gabor Faldum, crossed the finish line in sixteenth position last weekend in the World Triathlon Championship Series Cagliari race and is a top contender in the World Cup race scene. The Hungarian triathlete has arrived in South Korea in great form and ready to do battle across the standard-distance race on Saturday.

Romania’s Felix Duchampt hasn’t been on a World Cup podium since 2018 World Cup Chengdhu and will be on the hunt for redemption come Saturday.

With valuable Olympic and ranking points on the line, Morocco’s Badr Siwane will be wanting to deliver his best performance to come away with a strong result in South Korea. Siwane is a member of the ASICS World Triathlon team and came away with the silver medal in the recent 2022 Africa Triathlon Championships Agadir.

Luxembourg is well represented with Gregory Payet and Bob Haller who will race in Tongyeong and then again in the upcoming World Triathlon Cup Miyazaki, seeking valuable Olympic and ranking points.

With a start list as stacked as it is for the 2022 World Triathlon Cup Tongyeong, the race could be anyones for the taking. Portugal’s Ricardo Batista, Japan’s Ren Sato, Germany’s Johannes Vogel and Italy’s Nicolò Strada will be doing all they can to be in the front seat of Saturday’s race, vying for World Cup glory.

The field will be driven with Paris 2024 ambition and World Cup medal hopes with 68 Elite men racing this Saturday.

Oscar Dart of Australia is among many athletes who will be making their race debut on the world stage in Tongyeong, South Korea.

Review the start list and watch the Elite men’s race in Tongyeong on Saturday 15th October from 11am local time over on TriathlonLIVE.tv 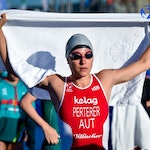 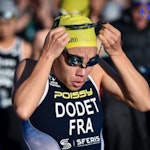 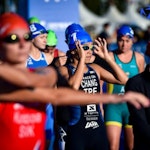 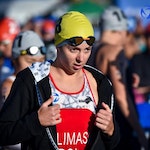 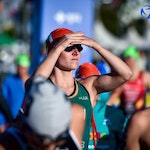 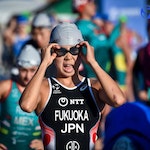 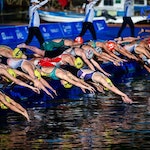 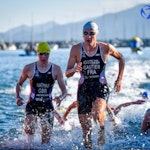 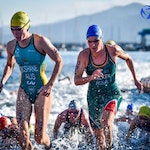 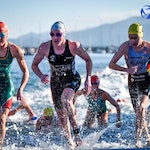 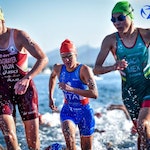 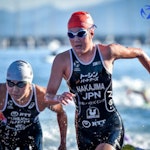