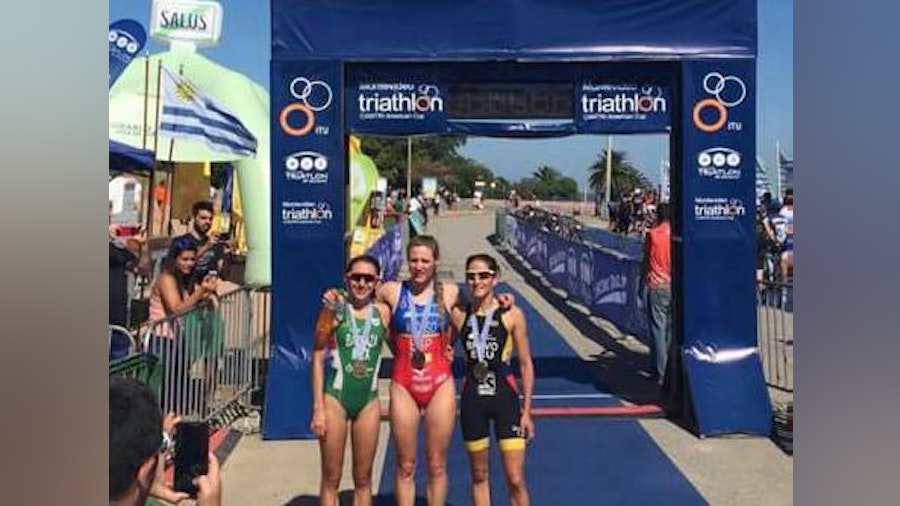 Ramírez Beach, one of the most popular places in the Uruguayan capital, hosted the sprint race, where athletes went for a 750m swim on the Atlantic ocean, followed by four laps of 5 km each in a very technical and flat bike circuit, to finish with a 5km run in the heart of the colonial city.

In the women’s race, Spaniard Camila Alonso proclaimed herself Iberoamerican Champion for the second consecutive year, after leading the race from start to finish. She crossed the finish line with almost a minute of difference from the silver medalist, Mexican Adriana Barraza{/exp:tag_this}. Third spot on the podium went to Elizabeth Bravo (ECU).

In the men’s race, Brazilian Manoel Mesías, the 2015 Junior World Champion and 2016 U23 World Champion runner-up, claimed the title on one of his first races as a senior athlete, confirming his promising up and coming career. Even though he didn’t performed as he used to on the swim, Mesías ended with a fabulous run which earned him the Iberoamerican champion title, followed on the finish line by Gonzalo Raul Tellechea (ARG) and Eder Mejía (MEX).