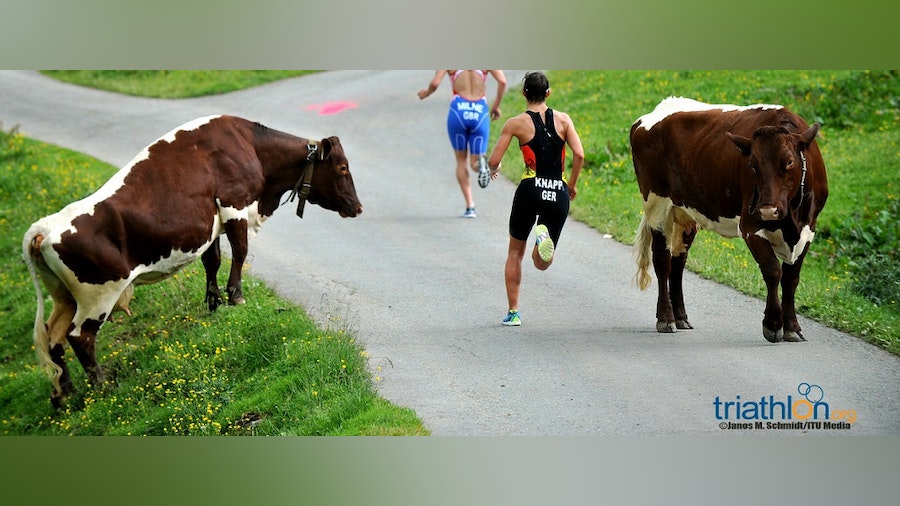 Well, folks, mooove on over because we have one heifer of a winning photo this week. Too corny? Probably. But that didn’t keep two beef cakes from making the most liked photo from the World Triathlon Kitzbuehel. Before the race, all focus was on the infamous course that went straight up Kitzhorn mountain, but afterwards these wanna-be triathletes won the hearts and minds of triathletes everywhere. Without further ado, we present you ITU’s newest mascots and the winning picture of this week’s photo contest.

And while the cows were just out for a Saturday stroll, Anja Knapp, who had to dodge them wasn’t so excited for their intrusion. “I was really scared! The cow on the left was just about to run into me,” Knapp explained. Fair enough. He (or she?) did seem pretty intent on crossing the road.