New York based Harry Newhaus is an ambitious age-group triathlete

by Courtney Akrigg on 04 Oct, 2019 12:00 • Español
World Triathletes take a tour of Lausanne and enjoy the best that the Olympic Capital has to offer, prior to the 2019 ITU World Championships.

Harry Neuhaus, born in 1960 in Mexico, is a triathlete who has targeted the ITU World Triathlon Grand Final races in Cozumel in 2016, Rotterdam in 2017 and more recently in Lausanne, Switzerland in 2019.

Harry began his triathlon pathway one month prior to turning 50-yeaes of age, he caught the triathlon bug and his ambition to be a top age-group triathlete began. After racing his way onto many podiums, the Mexican age-group triathlete looked into what it was going to take to race and qualify for an ITU World Championships.

So the journey to being a World Triathlete began. Now based in New York City, Harry works hard and trains hard to represent and race to his personal best.

It takes a village…natural talent, determination, discipline, support at home, great coaching, solid understanding about hydration and nutrition and lots of work.

How did you get into the sport of triathlon?
I began my endurance career running a marathon one month prior to my 50th birthday. Two years later, one of my marathon training partners suggested I try doing a mini-sprint triathlon and I said why not. I did it and got hooked. This was at the end of 2012. In 2013 I did two marathons and several triathlons, including an IRONMAN 70.3.

How did you get introduced into Empire Tri Club? How would you describe the comradery within the club?
I ran my first marathon, NYC, in 2010 and since my decision was very last minute, I got in by supporting a charity, NYRR Team For Kids. The following two seasons, I volunteered as an ambassador/helper for the TFK runs and in 2012 I met Alison who was one of the TFK coaches. I mentioned to her that I had done one short triathlon and was thinking of doing more next season. We stayed in touch and in 2013, when I started to train for my marathons and triathlons, Alison invited me to come to some training sessions with the club.

Needless to say, it was an amazing experience. Everyone was so nice, so low key and the coaches were extremely knowledgeable. It was all great and Alison noticed that I know my way around coaching runners. I was asked to help with the Thursday night speed work sessions. Soon after that I became a certified marathon/half-marathon coach as well as a USTA certified coach…and that was the beginning of a beautiful relationship…

When did you decide that representing Mexico at a World Championship level was something you wanted to aspire to?
Early In 2016 season, I was on the podium or top 10% of several local races and everyone was speaking about ITU Worlds. I really wanted to go to Worlds because it was being held in Cozumel and I figured how cool would it be to race for Mexico in Mexico.

I then found out what was needed to make this happen and made it happen.

How would you describe the triathlon landscape in Mexico?
Since I train in Brooklyn, NY, I’m not sure about the landscape in Mexico. I can tell you that I’ve been following several clubs as well as the Federation and have noticed it’s been growing quite a bit.

Have you raced at a World Championships before?
I was fortunate enough to race in Cozumel in 2016 and Rotterdam in 2017. Due to my job at the time, I was unable to race at all in 2018 but I’m back this year and though I’m excited, I’m really looking forward to 2020 where I’ll be the youngest in the new age group instead of the oldest.

How motivated are you ahead of the World Championships in Lausanne? What are you most excited for?
I’m excited to compete against top global athletes. I’m also excited that my wife is joining me and will be out there cheering for me. I’ve been to Lausanne for business but have not been able to be a tourist, so I’m looking forward to that as well. 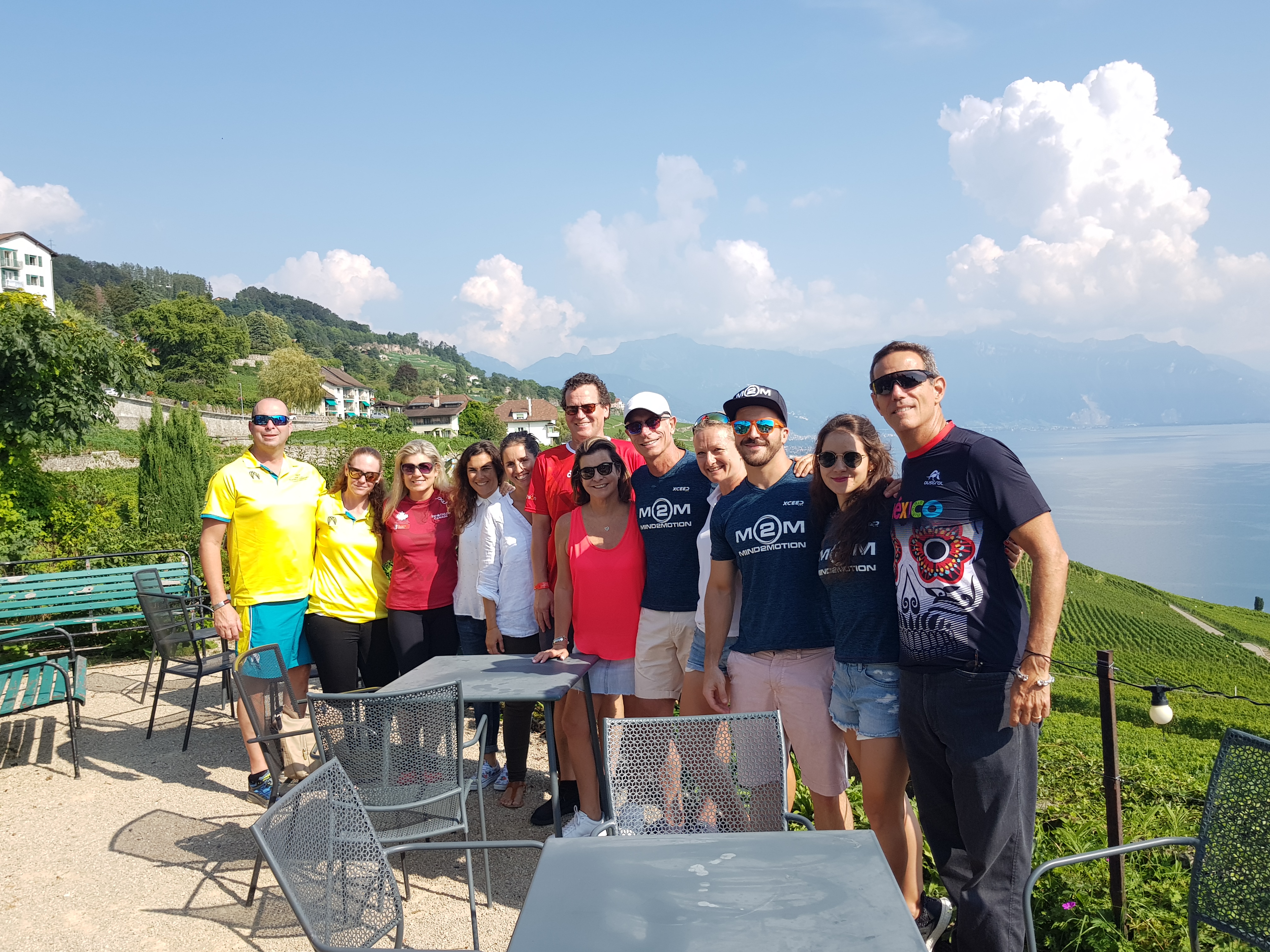 In terms of what I’m most looking forward to…having a great race. For me, this means straight swim, fast transitions and then a solid bike and run. Again, I did not race in 2018 and my focus, from a performance perspective, is on 2020.

Who has been your greatest influence on your triathlon pathway?
My wife has been my greatest influence as she’s most patient and encouraging. I wouldn’t be able to do this without her. I’m also grateful to my friends and fellow club members, some who have qualified for Kona, are doing their first triathlin and they’re out there doing all they can.

Is there an elite triathlete you look up to for guidance and why?
I do speed work at a track near my house and there are two pro athletes who come to the session. It’s incredible to see these athletes perform.

Why triathlon? Why be good at one thing when you can be mediocre at three!
If someone was thinking about wanting to take it to the next level and aspire to be the best age grouper for their country, what advice would you give them?
It takes a village…natural talent, determination, discipline, support at home, great coaching, solid understanding about hydration and nutrition and lots of work.