Lausanne to Host Sprint and Team World Champs this Weekend

“We are very excited to host the ITU Elite Sprint Triathlon World Championship and the ITU Team Triathlon World Championship in Lausanne, a city with a history of great sporting events,” said ITU President Marisol Casado. “The distances are short, exciting and we think the spectators and viewers will enjoy watching our athletes race at such a high intensity. The shorter distances present a great opportunity for our younger athletes to compete in the sport in a sustainable way.”

The Elite Men’s Sprint World Championship will be the first event of the weekend, kicking off at 10:15 a.m. local time on Saturday, August 21. Headlining the men’s field is Aussie Brad Kahlefeldt, who is currently ranked fourth in the world. He’ll be contested by American Jarrod Shoemaker (currently ranked seventh) and Swiss standout Sven Riederer, who will have home field advantage on his side in Lausanne. Other top men competing on Saturday include Great Britain’s Jonathan Brownlee, France’s David Hauss and veteran Greg Bennett, who will race under an ITU flag, as he is in the process of switching from racing for Australia to the United States.

The Elite Women will dive in Lake Geneva to start the Sprint World Championship at 12:15 a.m. on Saturday. Current world number one Emma Moffatt of Australia heads into the race as the favourite, but she’ll have plenty of tough competition, especially from Sweden’s Lisa Norden, who is currently ranked third. Switzerland’s top two women, Daniela Ryf and Nicola Spirig, will look to take the world title on their home turf. Other top women racing on Saturday include South Africa’s Kate Roberts, American Laura Bennett and France’s Jessica Harrison.

The weekend of racing will wrap up with the Team Triathlon World Championship at 2:30 p.m. local time on Sunday. The 2009 ITU Team Triathlon World Championship was hosted by Hy-Vee in Des Moines, Iowa, alongside the prestigious Hy-Vee ITU Triathlon Elite Cup, with the Swiss Team taking home top honours, topping Australia by only eight seconds. Team Canada rounded out the podium. Twenty relays representing 17 countries will contest this year’s Team championship, with Switzerland, Australia and New Zealand fielding two squads.

Live text and timing will be available from both the Sprint and Relay races at www.triathlon.org/tv. 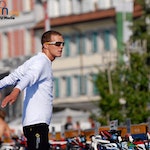 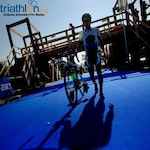 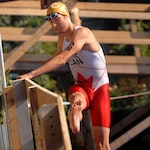 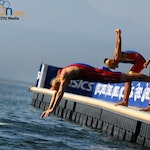 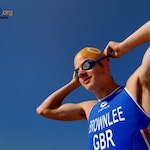 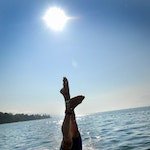 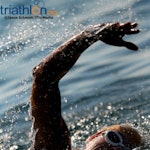 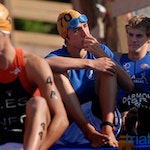 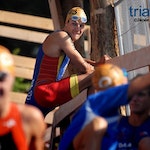 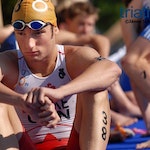 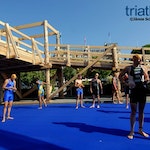 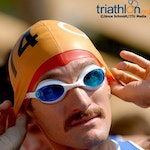