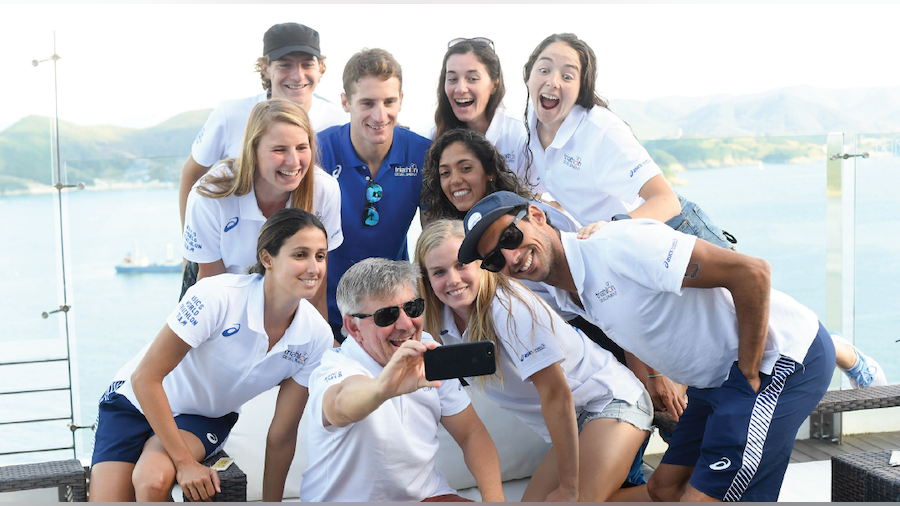 ITU’s expansive development partnership with high-performance sports equipment giant ASICS enters its third season this year, ready to build on the performances and progress of 2019 but most of all, prepare some athletes for the upcoming Olympic Games in Tokyo 2020.

The ASICS World Triathlon Team project provides essential support, resources and expertise to emerging National Federations’ young athletes with the potential to compete at a World Cup level but with the goal set in the Olympic participation, as well as identifying and nurturing junior athletes just starting out on their triathlon journeys to Olympic qualification for Paris 2024 and beyond, but would struggle to find that support at home.
At the same time, another goal of the project is to increase the number of coaches from emerging or developing Nations so that they can gain experience in the preparation and support of athletes competing at World Cup level.

This year, three World Cup events have been named as the ASICS World Triathlon Team events in 2020 prior to the Cut-Off Date (11 May 2020) of the 2020 Tokyo Olympic Games Qualification Period.The selected World Cups will be Brazilia (Brazil), on April 4-5; Valencia (Spain), on May 2nd and Chengdu (China), on May 10th.

In order to apply, athletes must have been born in 1990 or later, and have at least two results finishing in the first 66% from Continental Cup events in the past 12 months. A National Federation may nominate no more than two male and two female athletes.

All athletes selected will be provided with a travel stipend, accommodation, food and the support of world-class coaching, physio and bike mechanics. And as happened last year, coaches from developing triathlon nations are also invited to apply, with one place available for each project.

World Triathlon is welcoming bids for the 2023 and 2024 World Triathlon…
Susana Rodriguez was born with albinism. In 2013, the Spanish Para Triathletes…
The World Triathlon Executive Board, meeting this week via teleconference,…
more news →