In an effort to continue leading the International Triathlon Union (ITU) with strong governance practices, the ITU Executive Board this weekend voted on several important decisions for the future of the sport. 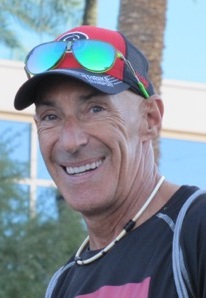 First amongst those was electing USA Triathlon’s Board of Directors President Barry Siff to serve as a pro tem elected ITU Board Member. Siff will fill the position until the ITU 2015 Congress when all voting member National Federations will have the opportunity to submit a candidate for election.

All 15 Executive Board seats will be up for re-election at Congress in 2016, with the four-year term lengths in line with the summer Olympic quadrennial.

“Not only is USA Triathlon one of ITU’s largest National Federations, it will also help deliver the World Triathlon Chicago Grand Final next year,” said Marisol Casado, ITU President and IOC Member. “Barry Siff’s position on the ITU Executive Board will be essential to representing a massive portion of the triathlon family. His election is a positive step in the right direction for unifying and growing our sport.”

“In an effort to remain fair and balanced, the Board felt it best served all parties to have an independent commission that is free of bias to rule on violations and sanctions,” Casado said.

In one of its most important efforts to ensure triathlon practices the highest standard of fair play, the Board voted to implement new Anti-Doping Rules, which coincides with the WADA Code. Most notably amongst the changes will be longer bans and an extended time frame for failing failures and/or missed tests.

“Triathlon has largely enjoyed a reputation as a clean sport, which is credited due to the fact that the athletes themselves want to compete in a fair environment,” Casado said. “This new code serves to reinforce our already strong anti-doping programme.”

All member Continental Confederations and National Federations will be required to adhere to the new code starting 1 January, 2015.

The local organizer committee of the Groupe Copley 2021 World Triathlon Series…
Petko Beier, World Triathlon and sport photographer shares a collection of his…
Birmingham 2022 has released the latest version of the competition schedule for…
more news →