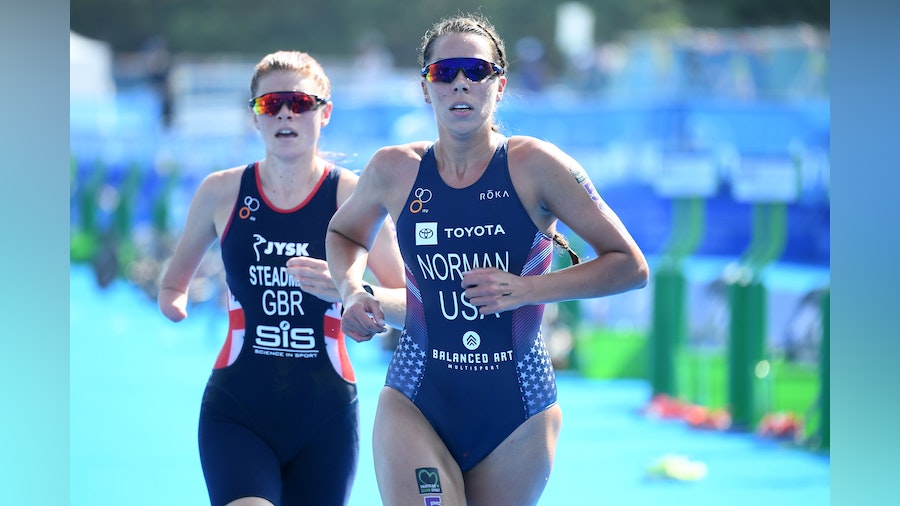 This is the mantra that helped USA’s Grace Norman to Paralympic gold at Rio 2016, has helped her bounce back from tough races and enjoy every step of the journey life has led her on since amniotic band syndrome saw her born without a left foot and ankle but not slow her charge to the top of world sport.

“It was a bit of a shock to my family”, says Norman, “They couldn’t see it on any of the ultrasounds or scans before I was born. My parents were both athletes and I have two sisters who are athletes as well. So sport was just a normal thing for us. I was like, ‘alright, my oldest sister is running so, Grace, you need to run too’. And nothing ever stopped me.”

As a youngster, Norman got into running when she was in sixth grade, but didn’t really start seriously with an athletic prosthetic until high school. Hailing from a small town, there wasn’t anyone else growing up with her facing a similar challenge, so it was competitive spirit that meant she was able to keep up with her peers.

Then, at the age of 13, Norman went to the US Paralympic track and field trials in Indianapolis as a spectator and her horizons were quickly broadened.

“I thought, this is incredible. It was the first time I’d ever heard of the Paralympics and I just thought ‘I want to go – this is for people like me and I really want to go there!’ It has been unbelievable seeing that dream come true but it didn’t really hit me until probably a year or two before the Rio Paralympic Games that I was actually going to go. It was just a really fun journey to see that kind of dream become reality.”

Then at Rio 2016, reality was winning the biggest prize of them all – sprinting to Paralympic gold after chasing down Lauren Steadman over the 5km run to take the tape on Copacabana Beach. Since then, it has been non-stop, as study deadlines and training and competing commitments started to stack up.

“It has been a crazy four years. We had to go to all these races and world championships and we’re right in the beginning of the semester. I had to just sit down with my professors at the beginning of the year and say, ‘this is a big part of my life. I will work really hard to be a student, but in these few weeks I need to focus on triathlon.”

“I was also running for college as well as trying to fit in nursing, triathlon and running… and then maybe a little bit of a social life in there. I would write out my day almost to the hour of what I was going to do with class and homework and practice and eating and sleeping.”

“I wanted to make sure that I put a hundred percent into my nursing degree because that is something I’m very passionate about. I graduated in the spring and I was going to compete in the Games and then become a nurse, but with COVID, everything kind of got pushed back a little.”

The overriding sense is that Grace Norman wouldn’t change a minute of the relentless demands of her life, however. As someone who clearly takes challenges in her stride and knows how to switch off and when to go all in, when she lines up to defend her Paralympic title on 29 August it will be for one of the most hotly contested of all eight para triathlon races in Tokyo.

“The atmosphere of the Paralympics is hard to beat, no matter what the outcome is, just being surrounded by that many people representing your country on the largest stage.”