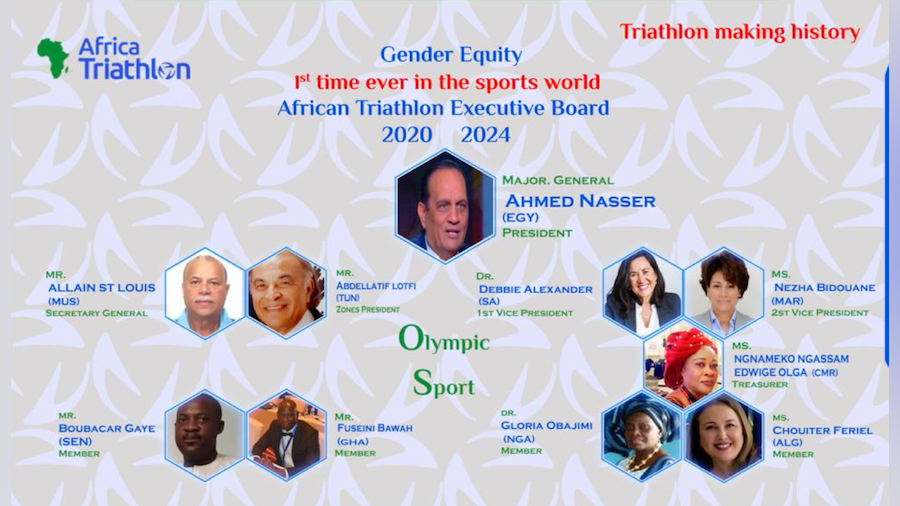 The Congress also elected the members of the Africa triathlon board, which for the first time in African sports history will have an equal percentage of males and females. These are the elected Board members:

“I want to express our congratulations, and wish the best of luck, to all elected Africa triathlon members and especially to President Nasser. I am sure that we will continue working together developing triathlon in Africa”, said World Triathlon President and IOC member, Marisol Casado.

The electoral Congress took place in the Egyptian “city of triathlon”, Sharm el Sheik, with over 20 nations present, and a few more attending virtually due to the current travel restrictions still in place in some regions. The Congress also paid homage to African officials and to Henri Schoeman (RSA), the first African triathlete that has won an Olympic medal (bronze in Rio 2016).