The idea of the ITU Development Programme and Team ITU has been around for some time, in fact this year sees the celebration of ten years of investment in developing young athletes and indeed national programmes that might not otherwise have access to the resources needed to impress on the world stage. 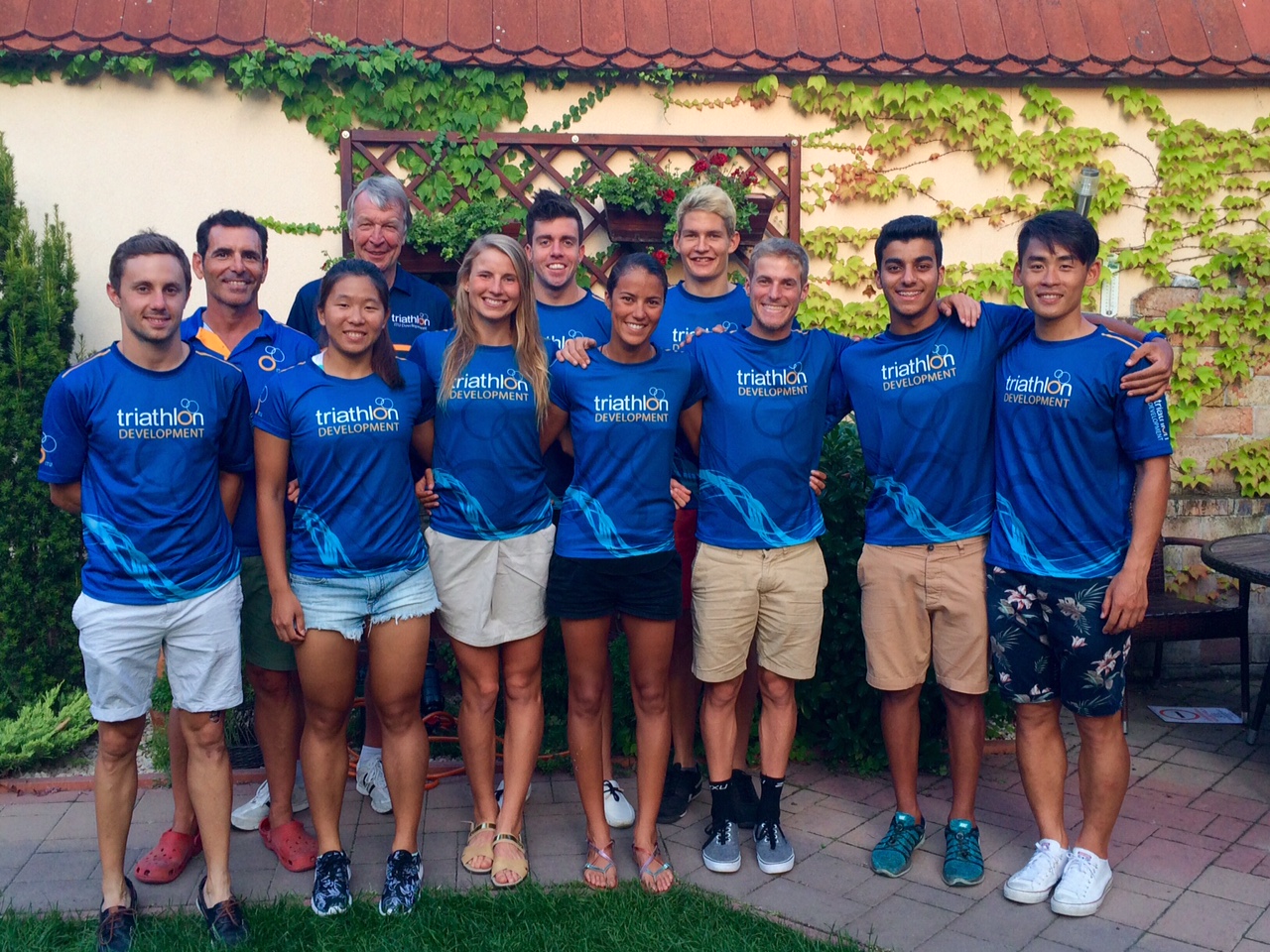 Amongst those in the current intake is one of the more fascinating stories in the sport, Lawrence Fanous races for Jordan – not the most likely triathlon nation in the world, but if this 29 year old has his way, that won’t always be the case.

ITU caught up with Fanous and longtime ITU Development Coach Mick Delamotte while in Chengdu for the ITU World Cup race, as Fanous continued his quest for a spot on the start line at the Rio Olympic Games.

Delamotte has been part of the ITU Development scene almost since it began, working with young and developing athletes since 2007, helping them achieve their goals in the sport.

“I love what I do and the people I work with,” said Delamotte. “I am seeing athletes with an opportunity to go to races with a support team of other athletes and coaches from around the world in a programme that gives them the best opportunity to perform and meet their dreams of hopefully going to an Olympic Games, which is really what this is all about.”

And that is certainly the dream of Fanous, who moved to the UK with his Jordanian father and British mother when he was just 6 years old. To that point Taekwondo was the sport in his young life, Fanous was already halfway to a black belt on arrival in the UK, but once there his attention turned to swimming and running, and eventually to triathlon, the sport he hopes will be his pathway to the Olympic Games.

“I hope to quality for Rio in one of two or possibly three ways – first the Asian Championships in two weeks’ time, if I win that I secure an automatic spot for my country, that is the main plan. Last year I had a pretty shocking year, I had lots of crashes. I collapsed at the Asian Champs last year 500 metres from the line, and didn’t get any points pretty much from Abu Dhabi until September – no points which really hampered things badly, especially the Asian Champs which would have put me first or second in the running for the Asian flag on ITU points to get a spot in Rio. I have a lot of work to do, but a good result here at Chengdu and the Asian Champs in two weeks and then more races after that, even then it will still be up in the air.”

Delamotte loves hearing the passion and commitment from Fanous, an athlete that in many ways defines what Team ITU is all about.

“Team ITU is part of the ITU Development Programme, and a big part of that is developing the sport of triathlon into national federations and parts of the world that wouldn’t otherwise have the sport developing. To have the likes of Lawrence carry the flag for Jordan is a legacy he can leave for the sport in that country, that is certainly one of the reasons why the programme exists.

“Whilst we are working with individual athletes like Lawrence in this instance, it is about Jordan as much as it is about him. To see him and hear him speak about actually leaving a legacy within that country is really pleasing because that is the major objective of ITU Development. Hopefully in ten years we are sitting here talking about another aspiring Jordan athlete wanting to go to the Olympic Games.”

While he was at one point in the Great Britain system, Fanous was never in doubt about one day representing his country of birth, he just had to wait for the right opportunity that ironically only came after he had to assess his long term commitment to the sport.

“I started racing back in 2005 with Great Britain but I started racing for Jordan in about 2009 after a big accident that left me with a shattered femur. Originally there simply was no Jordan National Federation but the moment the chance came up, I got in with Jordan straight away.

“My first race for them in 2009 was in Japan. I was trying for the London Olympics which would have been very special for obvious reasons, but it was a bit late in the day as I was playing catch up after the broken leg. I was out training in Stellenbosch in South Africa when I was hit by a car and shattered my femur, I was out of the sport for 18 months. I didn’t run for a full year and that was around the time (2007) that I was planning on swapping over to Jordan but in the aftermath of the accident first I had to see if I wanted to come back into the sport at all, I wasn’t making money and not doing that well but I found the passion for it again and made the decision. I just needed to get some training in after the injury and once I was back, I was straight in with Jordan.”

It was not long after his return and decision to fly the Jordanian flag that he was matched up with the ITU Development Programme.

“In 2010 I did my first ITU Development Camp, and for the first three or four years they were invaluable to help me learn about the sport and gain access to coaching and support. Nowadays while still invaluable it is different, it means that I have a team round me. Most of us on Team ITU tend to travel alone, to do everything alone, and that is hard. When you have a coach and other athletes to call teammates – we might not be from the same country but we have similar goals, similar obstacles to overcome coming from a small nation, you don’t get the support you need. The ITU provides that and coincides with the IOC who also have a program that a few of us are on as well. They work hand in hand and those two things are invaluable for me for sure.”

Fanous has not returned too many times to Jordan, he lives in Great Britain and his racing takes him around the world, but he is passionate about working in his homeland more and more once he gets beyond Rio.

“I don’t go back very much, conditions are not conducive to great training in Amman which is where everyone lives. There are great places but they need developing, my plan is to go back and help with that – especially after Olympics when I have more time for my own things, I want to go back to Jordan, explore the Dead Sea area and the beach area – they actually had an ITU World Cup there in 2006, there are definitely places to go but they have to be found and they need some infrastructure to get that going, that is my plan after this Olympic cycle.”

Fanous is alone in the elite ranks racing World Cup events out of Jordan, but he says there are signs of others following in his footsteps. 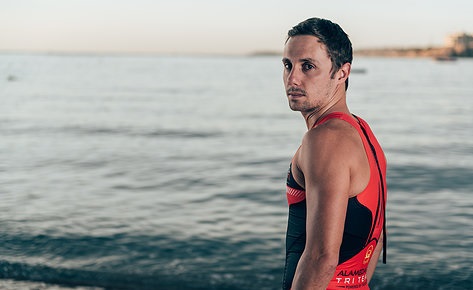 “I am the lone ranger in terms of elite, there are some younger guys doing a few African Cup events, Asian Cups and the Arab Champs – that is quite a big thing for Arab countries now. We have a few doing that but they still have a long way to go to compete at World Cup and World Series level. There are people there though, part of it is talent ID which is something I am excited about. There are a few swimmers and runners as well, so my plan is to Talent ID and find people, they are always out there.”

The idea of putting back into the sport and into his homeland is not a new one, indeed it has been on his mind since he started racing under the flag of Jordan.

“Originally when I first started racing for Jordan I had the idea to one day run the programme or be a coach or a bit of both. At the starting level you need to do a bit of both with a smaller nation. That is the idea, they are actually looking for a coach at the moment, if it was five or six years later I might do it but I just can’t commit at the moment.”

Fanous has already sparked real interest in the Middle East, he is part of the Alameda O.N. professional triathlon team started by Hassan Afifi, a passionate age group triathlete and coach from Egypt.

“I now have a professional triathlon team, the whole plan of what I want to do with the sport in Jordan has attracted other people to try and help. The team has six athletes to promote triathlon the Middle East which is a great initiative. They are treating us like pro’s, with a development team as well, and has attracted a lot of attention.”

For now though everything is focused on Rio, and you sense that if he is to make it to the Olympic Games it could well be the start of an even bigger career beyond racing, one that will lead the emergence of the sport in the Middle East.

“This is what I set out to do, even before I started triathlon I wanted to go to the Olympics, this is my route right now. It is not only going to make me proud but a lot of people behind me and my cause and what I am trying to do for myself but also for Jordan.”