Duathlon World Championships titles up for grabs in Colombia

The Duathlon World Championships will take a different form this year, as the world’s best duathletes head to Cali, Colombia to race for the titles as a part of the 2013 Cali World Games. The women will race the four-lap run, six-lap bike, two-lap run on Friday, while the men will compete on Saturday. The women’s race is open for the taking with room for rising stars to stake their claim as the world’s fastest duathlete. Germany’s Jenny Schulz will go in as the top woman to beat, having finished third in the ETU Powerman Long Distance and Sprint Duathlon European Championships. She is also familiar with finishing with the best, having placed second at the Duathlon World Championships in 2011.

Colombia’s own Blanca Liliana Moreno will wear No. 2. At just 21 years old, Moreno is a newcomer to the sport that shows strong promise after winning in the Cali ITU Duathlon World Series event last year. Her fond memories in the city of Cali will no doubt help her on Friday, as will the support of the home crowd.

After just missing the medal standings in 2011, Stefanie Bouma (NED) returns for another shot for the Top 3. Bouma brings a wealth of experience with her, which will prove useful on Friday. Similarly, France’s Sandra Levenez has earned bronze in the race each of the last two years and garnered silver the two years prior to that. Still, she has yet to add the elusive gold to her collection and will look to do so this year.

While Ai Ueda (JPN) is a consistent face on the ITU triathlon circuit, she will try her hand at the run-bike-run race. She won the Asian continental championships last year, suggesting she could be a threat. While Rob Woestenborghs owns four duathlon world championship medals, including a silver in the long distance race, the Belgian has yet to medal in the shorter distance since 2010. He will be looking to return to the podium this year as he is the top-ranked athlete heading into the race. However, with athletes like Spain’s Emilio Martin and Roger Roca Dalmau on the start list, Woestenborghs may be hard pressed to medal.

Martin is the defending champion in the race, while Dalmau won the event in 2011. Dalmau has the added advantage of having won the race in Cali last year, while Martin hasn’t competed in an ITU duathlon since winning last season.

Despite sitting far down on the start list, Benoit Nicolas (FRA) will challenge the men’s field, having finished third each of the last two years. Although Sergey Yakovlev (RUS) failed to finish last year’s race, he was just off the podium in 2011 and could be a wildcard on Saturday. In the same vein, Sergio Silva (POR) is a constant threat in this race, but hasn’t quite managed to medal with a string of top 5 finishes.

While the Under 23, Youth and Paraduathlon categories have previously competed in the same weekend as the elites, this year’s championship races will focus solely on the elites, with the remaining categories will be contested in August in Ottawa. The women’s race will take place at 9:00am local time on Friday, while the men will go off at the same time on Saturday. 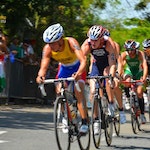 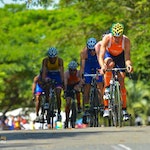 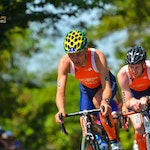 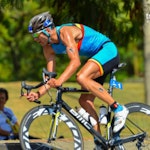 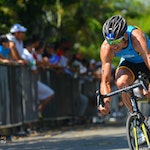 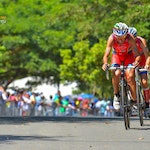 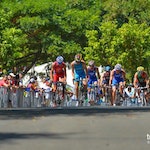 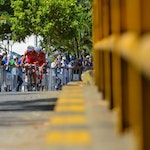 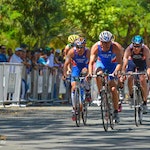 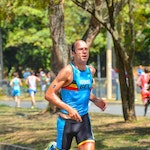 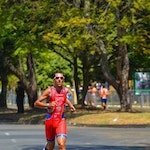 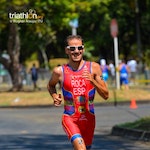