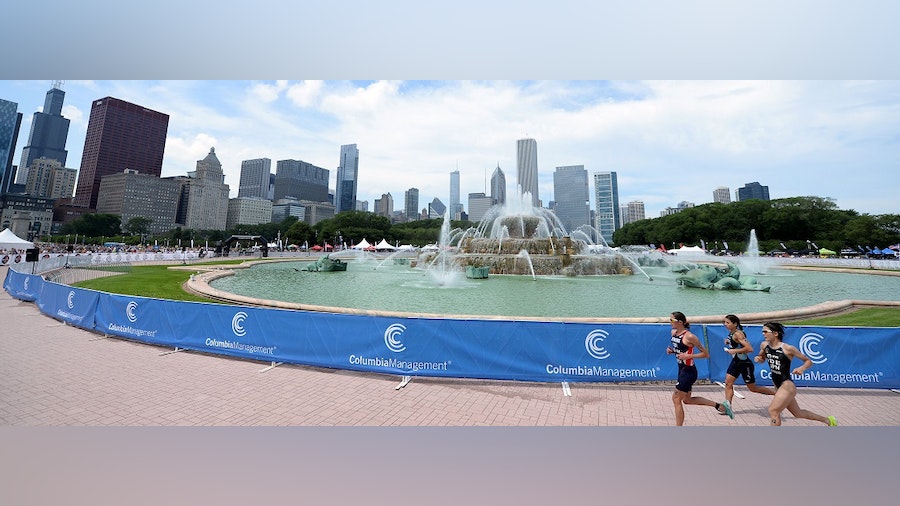 All eyes will be fixated on the world of triathlon this week as the 2015 ITU World Triathlon Grand Final Chicago swings into action. Our future Junior triathlon stars will feature on the first day of triathlon racing on Thursday with the men and Friday with the women racing for glory over the sprint distance course 750m swim, 20km bike and 5km run.

What makes the junior field a must-watch competition, is the vast representation from across the globe that will be going head-to-head on the course. Countries that are showing an up-and-coming growth for the sport are bringing their best to vie for a title.

Women’s Preview
The women’s race is shaping up to be one of the more thrilling races of the week as so many talented ladies are lining up and showcasing the future of triathlon.

Topping the women’s start list is Laura Lindemann (GER), who, as the reigning Junior World Champion, has unquestionably earned the right to be wearing the No. 1. This season, Lindemann has been busy keeping her title intact by dominating the junior triathlon hempisphere and tackling the elite world by storm. She added gold medals with her victories at the German National Championships as an elite and U23 athlete, and as a Junior Champion at the Geneva ETU European Championships. In the WTS circuit, she has maintained a position as a top-twenty finisher and is ranked 19th in the WTS Rankings. She is sure to be the favourite up until the women take their marks on the start line.

French women Cassandre Beaugrand and Margot Garabedian will be very competitive this year and could be in the mix for the medals. Expect Beaugrand’s presence to be felt on the run. She took home the silver medal in the 2014Junior World Championships and after having a persistent 2015 season by adding some top-twenty finishes in the WTS and World Cup series, she will be one to keep an eye on in Chicago. Garabedian has shown consistency in the European field this season and could see some benefiting results in the Final.

USA’s Tamara Gorman grabbed the gold medal at the 2015 Monroe CAMTRI Triathlon Junior American Cup and has had some strong showing in the World Cup series. She also was crowned the Junior World Champion in 2013 and could easily be looking to Chicago as a means to reclaim the title.

Taylor Knibb is another American who is race hopeful looking to represent on home soil. While she hasn’t added much race experience this season, she has added two promising results to her credits. She won both the 2015 Monterrey CAMTRI Triathlon American Championships and the 2015 Holten ETU Triathlon Junior European Cup.

Men’s Preview
The men’s race is full of rising talent that will sure to turn heads and excite the world about what is to come in the sport.

The podium is ready and wide open for a new champion to be crowned as no athlete who finished in the top-five in 2014 is returning to race this year.

Brazilian Manoel Messias finished sixth in the Junior World Championship in 2014 making him the highest finisher from last year that will line up this week. Since then he has proved successful in CAMTRI events and has dabbled in World Cup competitions.

A thrilling repeat battle could go down between Ben Dijkstra (GBR) and Daniel Hoy (NZL). In an epic and extremely close sprint finish at the 2014 Nanjing Youth Olympic Games, Dijkstra edged out Hoy by a nose to earn the gold medal. Both men have not raced against one another since that photo-finish and could deliver an exciting contest once they are forced to return face-to-face on the race course.

Australian Luke Willian is leading off the men’s start list after continual performances in a stacked 2015 race lineup, mainly contending in the Oceania field.

Three different Smiths from three different nations have made for one interesting roster. Kyle Smith (NZL), Darr Smith (USA) and Tyler Smith (BER) all are set up as hopefuls in contention of the Chicago crown.