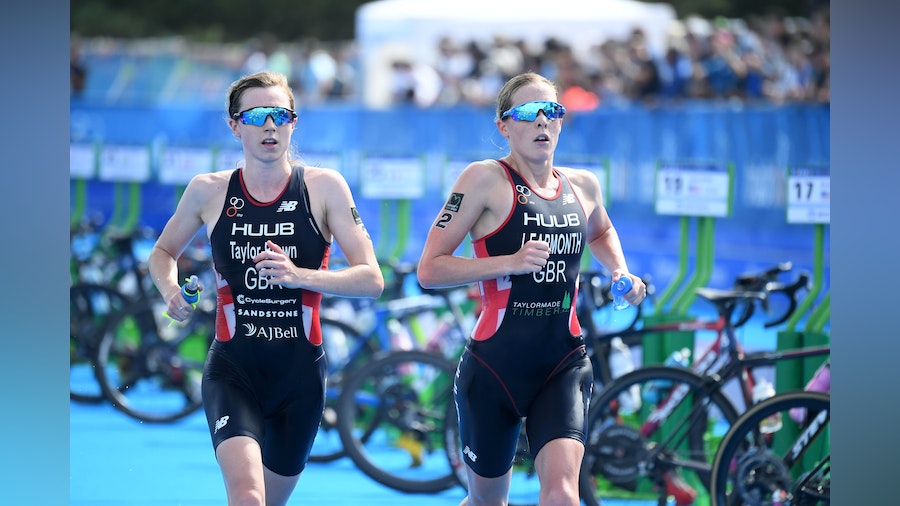 Has there ever been a stronger case for a British gold in the women’s Olympic Triathlon than Tuesday morning’s race (Tokyo time) in Odaiba Bay? On paper, probably not. Georgia Taylor-Brown goes in as current World Champion, Vicky Holland as 2018 World Champion and a Rio 2016 bronze medallist. Jessica Learmonth has barely been off the podium the past two years and shown what she is capable of on this very course at the Test Event. So when it comes to the big moment? Only time will tell.

Arriving to Tokyo fresh from training camp in Miyazaki in southern Japan, preparations have clearly gone well. The three are close friends, know each other inside out, have found themselves shoulder to shoulder countless times in some of the biggest races on the calendar. The finish to the Tokyo Test Event two years ago was testament to that bond, for good and bad, but ultimately it came at the end of two consummate performances from Taylor-Brown and Learmonth in testing conditions.

The calm exterior that has become their trademark both on and off the blue carpet is also their defence mechanism, a way of taking attentions away from the pressures of the moment as well as evidence of their love of the battle. It is also completely in contrast with the fierce competitive nature that burns inside them all.

“I think the first Games I remember was 2008 Beijing, Kelly Holmes clawing her way to the finish and the pure grit and determination she had. I’ve always been a sport fiend. It’s all I’ve really known and I’ve always wanted to go to the Games,” said Taylor-Brown.

“Going in to races I don’t plan anything, I know I’m ready so I just try and chat to people and most of the girls are the same and it’s nice to chill out before the race. It makes it all easier to handle. You have to see this like any other race, otherwise you’re going to put too much pressure on it and nerves could get the better of you.”

Training partner Learmonth is equally down-to-earth, but at the same time in awe of the spectacle she is about to become a part of for the first time.

“It’s mad to think about it I guess, the amount of people that get together and watch the Olympics around the world. It really inspires everyone, and that’s pretty special.”

For someone who has such proven ability across all three segments, who could lead out of the water and push hard on the bike and run, a lack of self-belief is the last thing you would associate with the 33-year-old. Then again, it could be another sub-conscious self-defence mechanism. “I underestimate myself a lot, but I’ve learned to be a bit more confident and believe in myself a bit more. But I’m fundamentally the same athlete I was when I was doing little local events.”

From the start horn, the women’s event will be a fascinating race to watch. The opening swim lap is, unusually, 950m and the water far warmer than average too. With no wetsuits, that first loop could see the field string out if someone like Learmonth wants to take the initiative. Then, there is the added possibility of rain that could completely alter the approach to what is a highly technical bike.

“I don’t think the swim will be super-fast just because it’s so hot, nobody will want to go out full pelt,” adds Taylor-Brown, “but on the bike it probably will be on from the start especially with Flora in the race. It’s fast and flat and technical, so one big group won’t really work and then the run is going to be hot. It will definitely be a bit slower than usual, but will whittle down and down and only a final few will be there at the end.”

For the oldest of the three Brits, Vicky Holland, this final Olympic effort has been the focus for 12 months longer than planned, but taking some time away at the start of the pandemic left her able to come back even more focussed. Her ability to deliver when it matters most is hard to argue against.

“As soon as it was postponed I took some time off for two-and-a-half months, I’d put so much into the build-up and I found it really hard, so I needed to do something else to be ready mentally for whenever it was the right time to do that all again. The year has been all about Tokyo. I’m an athlete coming to the end of my career and performing well has been everything I’m gearing up for. As well as doing it for the love of racing after everything that has happened.”