After making its World Cup debut to the ITU calendar just last year, Alanya returns for the second time to host the 2015 Alanya ITU Triathlon World Cup. With only one World Cup left after this weekend, elites will be looking to get as many Olympic qualification points as they can before wrapping up their season. The women kick off the weekend by competing on the Olympic distance course on Saturday, with the men to follow on Sunday. The race also marks the 25th anniversary that Alanya has hosted a triathlon in its city.

Women’s Preview
The women’s race features a mixture of skilled course experts and newcomers that have made triathlon headlines this season.

The gold medallist from 2014, Maaike Caelers (NED), opted out of race contention this year, leaving the top of the Alanya podium wide open for the taking. However, the other two podium placers from the debut race did sign up for a second chance at re-earning their hardware with the hopes of this time moving up to the top. Vendula Frintova (CZE) earned the silver medal in Alanya last year and will be sporting the No. 1 on the start list. While her season has been busy taking on the WTS calendar, she did earn the bronze at the New Plymouth World Cup earlier in the year.

Yuliya Yelistratova (UKR) was the bronze medallist last year and has been successful competing in European Cups this season. Another Alanya medal would be the perfect way to end the season.

The first out of the water will undoubtedly be Spain’s Carolina Routier. She flourishes in the swim and if she can manage to maintain her lead throughout the second two disciplines, she could be one to watch this weekend.

In Cozumel, Lisa Norden (SWE) was close to claiming the World Cup podium after finishing fifth, so make no mistake that she will be gunning for it in Alanya with important Olympic qualification points on offer.

French woman Audrey Merle stunned the crowd at the Chicago Grand Final when she was named the U23 Women’s World Champion after a close photo sprint finish. Jolanda Annen (SUI) earned the silver at the Huatulco World Cup in June this year, showing that the future of triathlon is bright when the likes of these types of women toe the lines.

Men’s Preview
The men’s race is going to be a battle of a year’s worth of podiums, as many 2015 success stories are set to line up and race head to head.

Topping the start list is Joao Pereira (POR). He had many top ten finishes in the WTS circuit, including earning the silver medal in WTS Stockholm. His strong run could earn him a medal this weekend.

The Polyanskiy brothers of Russia once again toe the line together and are two athletes to look out for during the race. Younger brother Igor Polyanskiy has arguably had one of his best seasons to date. He won the Tiszaujvaros World Cup title and also claimed second place in the Aquathlon World Championships in Chicago.

Older brother Dmitry Polyanskiy showcased a strong performance at the Rio Test Event by coming in fifth place. He is a strong contender throughout all disciplines and could make a huge impact on the Alanya course.

David Castro Fajardo (ESP) stands as the only returning podium topper from last year. Earning the bronze medal in Alanya in 2014, he also was named the U23 silver medallist from the U23 Grand Final in Chicago in September this year.

Making the across the globe trek, USA’s Kevin Mcdowell and Canadian Kyle Jones are set to compete on Sunday. Mcdowell took home the silver medal at the Toronto Pan American Games this summer and has upheld consistent race finishes to deem him one of the strongest Americans on the men’s side. Jones just recently was awarded the silver medal in the Cozumel World Cup, earning him a season personal best.

Other names to watch are South Africa’s Wian Sullwald and Norway’s Kristian Blummenfelt. Sullwald has again and again proven he is a name to be aware of in the future of triathlon, especially when he placed sixth in WTS Edmonton this season. Blummenfelt was the bronze medallist at the New Plymouth World Cup and the Geneva European Championships, so is no stranger to making podium in necessary races.

The women will compete on Saturday at 2pm local time, while the men will race on Sunday at the same hour. For live timing, go to triathlon.org/live and for play by play updates follow us on twitter @triathlonlive. 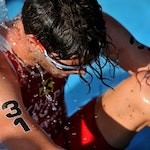 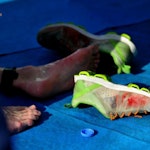 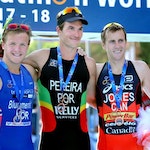 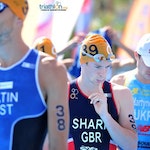 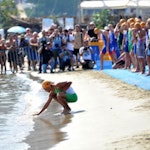 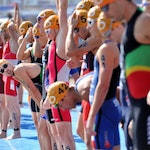 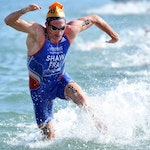 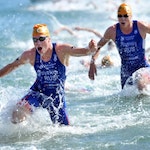 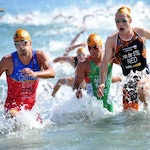 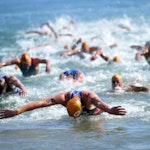 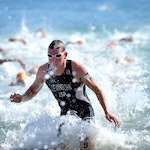 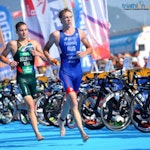