by Courtney Akrigg on 24 Nov, 2019 01:53
For a season that has had it all, the WTS Grand Final delivered the ultimate final chapter with France’s Vincent Luis and Katie Zaferes (USA) crowned the 2019 ITU World Champions.

For a season that has had it all, the 2019 WTS Grand Final delivered the ultimate final chapter with France’s Vincent Luis and Katie Zaferes (USA) crowned the 2019 ITU World Champions.

“There are so many people who were a part of this and who make it special,” said Zaferes.

Zaferes won four of the eight WTS races this season and earned silver in a fifth. The US Olympian shares the overall 2019 Series podium with Great Britain’s Jessica Learmonth (silver) and Georgia Taylor-Brown (bronze), who finished in that same order in the Grand Final race.

In the men’s World Triathlon Championship race Kristian Blummenfelt (NOR) allowed himself a couple of looks back only to see the gap over Mario Mola (ESP) growing, leaving him to soak up the joy of a first World Triathlon Series win, Mola finishing second ahead of Fernando Alarza (ESP) and Gustav Iden (NOR).

During his winning speech, Luis honoured his friend and countryman, the late Laurent Vidal and recognised the support of his family.

“You can’t buy a world title, beating guys like Mario and Javier. It is great to have my name with theirs,” said Luis.

Replay the races on-demand and exclusive triathlon coverage at www.TriathlonLIVE.tv 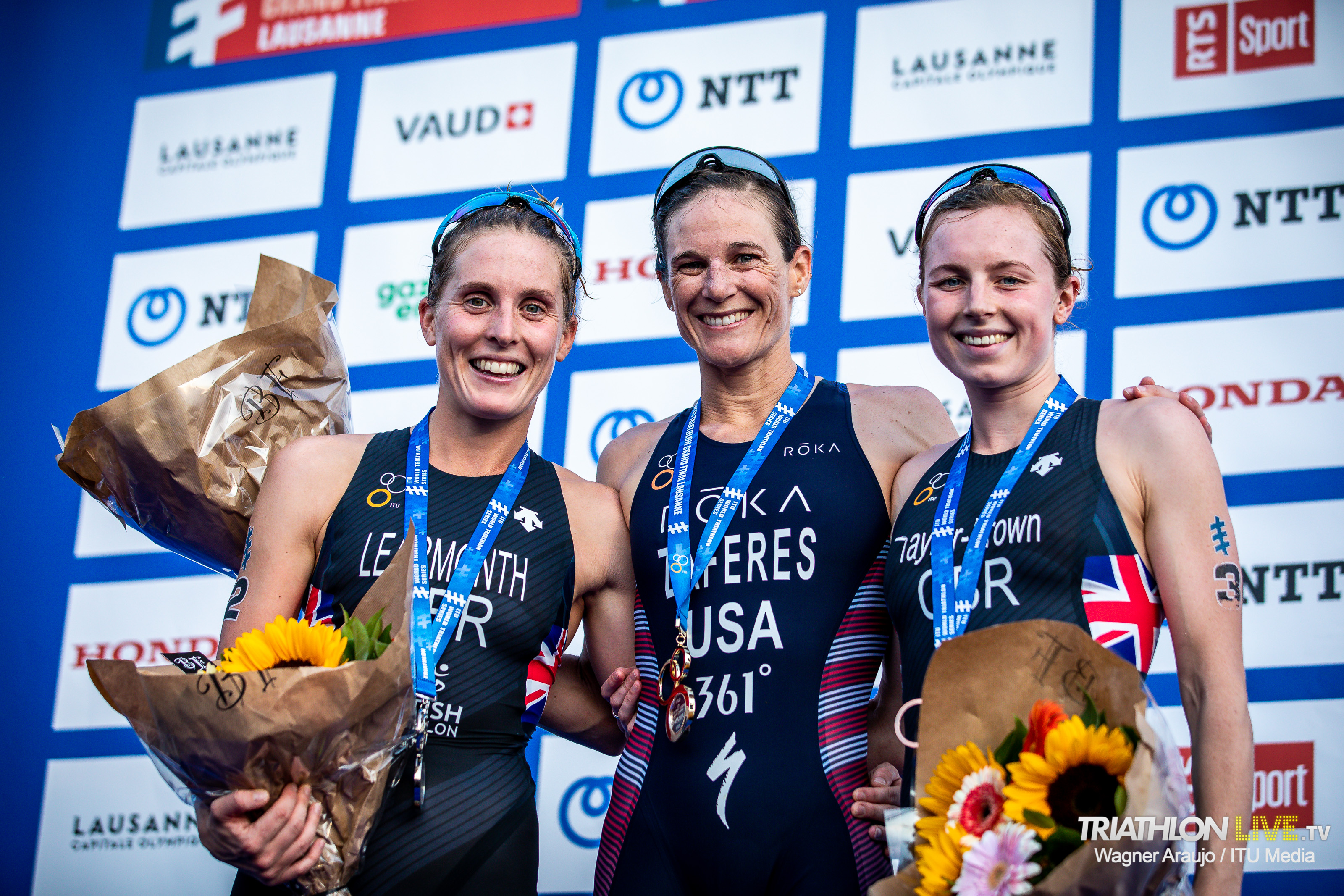