2012 Highlights: Most radical runs of the year 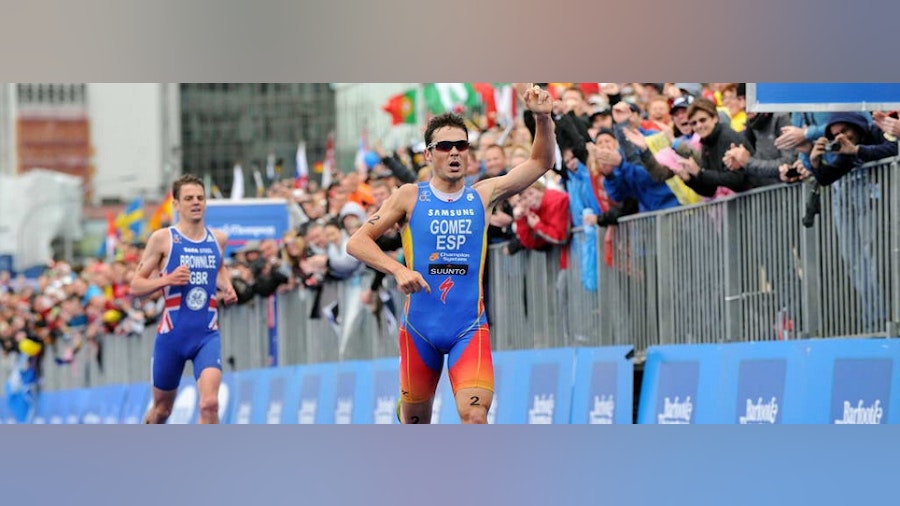 In the final installment highlighting the best stand-alone discipline performances of 2012, we take a look at some of the most mind-blowing runs we saw this year. Take a look at these phenomenal displays of speed and tenacity.

Radical Runs
Great Britain’s Alistair Brownlee at ITU World Triathlon Kitzbuhel and at the London 2012 Olympic Games
There were doubts over Brownlee’s fitness this year as he was forced to sit out the early part of the season with an Achilles injury, but they were quickly squashed in his Kitzbuhel return. However, his 29:51 split in Austria wasn’t even that impressive compared to his gold plated London performance. After a swim and bike that did not do much to split the field in the Olympic race, Alistair sprinted away from Gomez and brother Jonathan halfway through the 10km leg and didn’t look back. His time there was 29:07, a full 43 seconds quicker than his time in the Hyde Park test event in 2011. South Africa’s Richard Murray, ITU World Triathlon Hamburg
Murray showed he had serious chop in Sydney when he stunned the field to claim his first ITU World Triathlon Series medal. After that race he said his career goal was to win three series titles, and he knocked off part one later in the year in a Hamburg sprint. In the final Olympics hit-out against a quality field, Murray left T2 with Javier Gomez and Steffen Justus. In no time at all, they reeled in a four-man lead group, before Justus dropped. While Gomez tried to leave Murray behind with about a kilometre to go, the South African just kept pushing and his crazy-fast pace paid off. He became the first African athlete to win a World Triathlon Series race. Oh and the time? 14:05 on a course that was correctly measured at 5km.

“I just went absolutely all out for the first two kilometres, and then I wanted to see who would still be hanging on,” Murray said. “Because I realised the pace was not really sustainable for five kilometres.”

The USA’s Lukas Verzbicas at the Banyoles ITU World Cup
Ever since Verzbicas’ thrilling run to win the 2011 ITU Junior Men’s World Championship title, the triathlon world was watching for the teenager’s elite debut. Banyoles was his first ITU World Cup race and he didn’t disappoint, pulling out the only sub-31 minute run of the day to claim his first World Cup win. The rest of Verzbicas’ year was thrown dramatically off course after a serious bike crash during training, where injuries included a broken collarbone, a severe spinal fracture and a collapsed lung. While initial diagnosis was that he may never be able to return to triathlon, Verzbicas is now back training and aims to compete sometime in 2013.

The USA’s Gwen Jorgensen at the ITU World Triathlon Grand Final Auckland
Jorgensen proved back in 2011 that she is one of the fastest women on the circuit, when she locked in her London 2012 Olympics spot with a podium place at the London test event. But 2012 had been a quieter year – until Auckland anyway. It was there she laid down one of the most impressive legs all year to storm home into second place in the race with a lightning quick 34:10 run. That was 40 seconds quicker than anyone else in the entire women’s field and came after eight laps on the hilly Auckland course.

“I think everyone goes for it, when get you off the bike you want to put together the best run you can and I was feeling good and was just trying to run as fast as I could. That is quick for this course, with the tough bike.”

Sweden’s Lisa Norden, ITU World Triathlon Grand Final Auckland
It certainly wasn’t her best result of the year, with the overall ITU World Championship, an Olympic silver medal and two ITU World Triathlon Series wins to her name, but Norden’s Auckland run was probably the gutsiest. After contracting food poisoning so badly she went to the hospital the night before, Norden not only completed the race, but held on to finish fourth for the world title. She said afterwards it was that thought that kept her going.