Andrea’s early career in ITU racing has been successful, as of 2014, she has secured four gold medals and five podiums. Andrea is also an Elite Team member of Dare2Tri, where in 2016, she took gold at the Nationals. She said “My introduction to the sport was the Chicago Super Sprint in 2013. I didn’t realise how much I was limiting myself until I joined Dare2tri and then that all changed.” 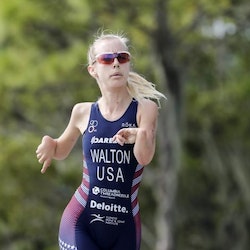