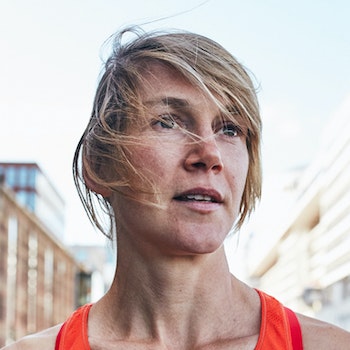 Miriam van Reijen (1983) studied Development Economics at the Wageningen University and Human Movement Sciences at the VriJe Universiteit of Amsterdam where she finalized her PhD in January 2019. During her studies Miriam started her own company, guiding (elite) athletes and employees of multinationals with training and nutrition. In addition, she wrote two books about running and nutrition and continues to write for the Dutch Runner’s World and Bicycling magazine. She works as a nutrition sport expert for the Dutch Olympic Team (TeamNL).
Miriam took up running on the age of 24 and since then has medaled in marathon (pb 2h41), duathlon (national champion 2017 and bronze medal at the world championship at 2017) and triathlon (bronze medal at national long distance and a 4thplace at the European Championships, both in 2019).
Miriam lives, trains and works in Amsterdam with her boyfriend and two cats.