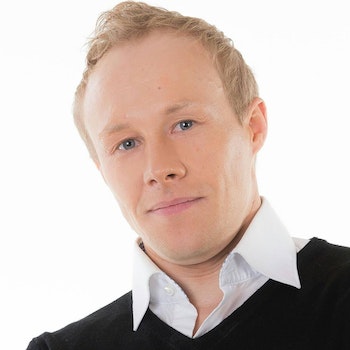 Jussi Lotvonen, born in 1981 para-athlete from Finland. Jussi have been active in sports since he started playing ice hockey at the age of four. He played hockey in the Finnish division, until in 2006 was diagnosed with cancer during a surgery for a sports injury. A tumor was found in leg, which had to be amputated. Today, he feels privileged to be healthy and alive. Even though the diagnosis and consequently the inevitable changes of life were tough to deal with as a young guy, sports saved him. During the 1-year rehab for my leg, He was inspired to pursue competitive sports in para-athletics.

He returned to ice hockey, which started to take an even bigger role in life: the motivation to represent Finland was so high. Since 2007 he has represented Finland three times in the World Championships and once in the European Championships in para hockey. 2011 he became interested in paratriathlon.

“I wanted to challenge myself in the field of sports. Paratriathlon fits my way of practicing hard, so it is a challenge I enjoy taking on. Triathlon as a sport demands your year-round focus. My family – my spouse and our three children Eetu, Ella and Linnea – have given me their full support, which is essential in my situation. It is not easy combining work, training on a competitive level and trying to fit in quality time with your family as well. Luckily I have been able to gather a great support group to help me reach my goals.”

“I feel I can be a role model to everyone. Serious illnesses and being disabled do not have to mean your life was cut short, but rather the start of a new life. I want to show with my example that you can do anything if you have the willpower. Every day I am living my dream as a para-athlete, a father and a role model. Maybe one day I can include an Olympic medalist to that list as well.”